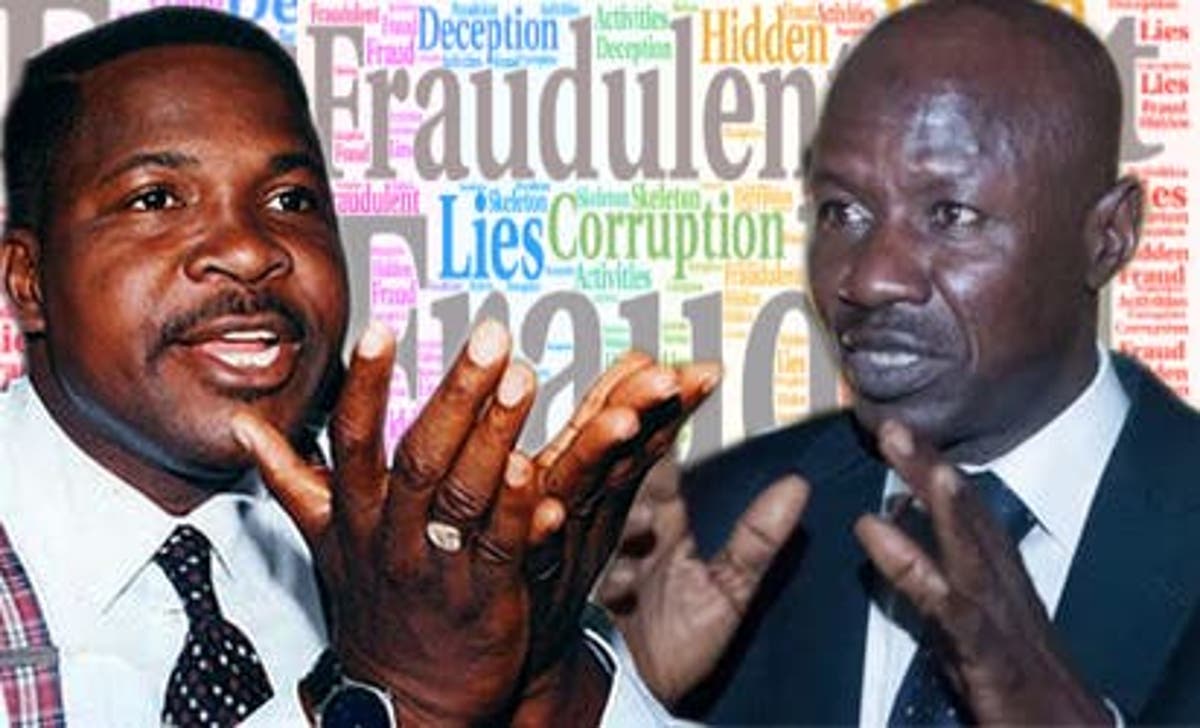 Ibrahim Magu, the suspended acting chairman of the Economic and Financial Crimes Commission (EFCC), has kicked against the appearance of Mike Ozekhome (SAN) at his probe.

Naija News reports that Mike Ozekhome had on Tuesday appeared before the Justice Ayo Salami-led panel probing the EFCC under the administration of Magu.

During the session, which lasted about hours, Ozekhome submitted six exhibits, including two video clips and some documents.

He testified about the alleged leadership failures of Magu and the investigative deficiencies of the anti-graft agency.

Reacting Magu’s lawyer Tosin Ojaomo said it was unfortunate that Ozekhome, who had publicly lambasted the leadership of the EFCC and Magu, could be invited by the panel.

He accused the panel of a “fishing expedition” and was seeking to nail Magu at all cost, hence the decision to invite people, who had grievances with the suspended EFCC boss.

“We are aware of the visit of Chief Ozekhome. His grouse is the freezing of his account in 2017, which was later unfrozen. Unfortunately, it only goes on to show that the panel is on a fishing expedition, because the panel is also inviting people, who have a score to settle with Magu,” Ojaomo said.

“This is not how panels are supposed to act. We all remember how the Justice Oputa panel conducted itself professionally many years ago. People, who were invited, were given petitions ahead of time so that they could defend themselves. Till date, Magu has not received any petition. Is this fair?”