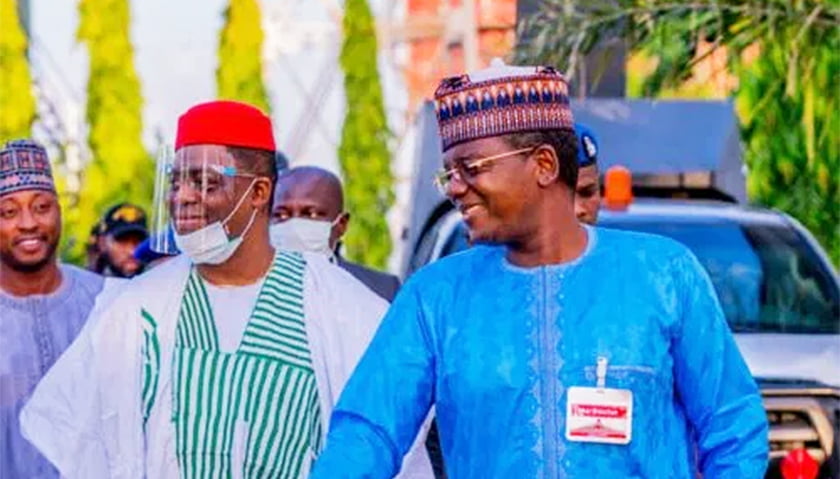 The Emir of Shinkafi, Alhaji Muhammad Makwashi, has had his security beefed up by the Zamfara State Police Command.

This is following the traditional title of Sadauki (Defender) conferred on former Minister of Aviation, Femi Fani-Kayode, by the emirate council.

Spokesperson of the Zamfara Police command, SP Mohammed Shehu, told NAN that this was to forestall a breakdown of law and order.

According to Shehu, the Emir’s security was improved since Friday, after the emirate learned that some people were planning to lead a demonstration within Shinkafi.

The police spokesperson noted that patrol teams are around Shinkafi area so that peace and order can be maintained.

“The Commissioner of Police, Mr. Usman Nagogo has always warned people from taking the law into their own hands,” he said.

“If anyone has grudges against any other person or persons, there are established legal channels to take such grudges to, including going to the courts. We will not allow anyone to cause trouble.”

Naija News recalls that a rift had emerged in the Shinkafi emirate following the traditional chieftaincy title bestowed on Fani-Kayode.

The conferment of the title caused a division in the emirate, with some titleholders asking the Emir to withdraw the title from Fani-Kayode whom they said is not worthy of it.

Emir Makwashe, however, refused to withdraw the title, leading to the resignation of some traditional chiefs in the emirate.