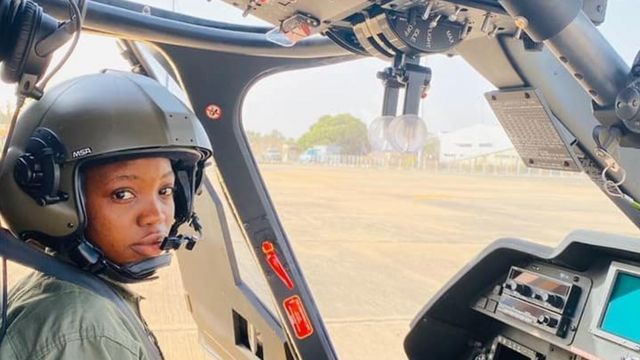 The Nigerian Air Force (NAF) has begun an investigation into circumstances surrounding the death of Flying Officer, Tolulope Arotile.

Naija News reports that Tolulope Arotile had died on 14 July 2020.

Speaking in an interview with Punch on Friday, NAF Director of Public Relations and Information, Air Commodore Ibikunle Daramola, revealed that two persons were being held.

He said, “First of all, in my first statement, I said she died from a road traffic accident. I further clarified the nature of the road traffic accident where one of her excited classmates who saw her reversed his car which led to him hitting her and knocking her down. This led to head injuries and a lot of haemorrhaging which ultimately resulted in her death.

“The two boys are in custody and the NAF will do a thorough investigation into the matter. It is a routine process – our own processes that are ongoing because it happened inside a NAF base. At the appropriate time, whatever information needs to go out will go out. But we cannot pre-empt that investigation process.

“Whatever needs to be known will be known; it is standard practice. So, we are investigating the circumstances leading to her death by a road traffic accident. It is an investigation because it may go beyond NAF.”

This online newspaper reports that the remains of the late Tolulope Arotile will be buried in Abuja on 23 July 2020.

The late Flying Officer will be laid to rest with full military honours at the National Military Cemetery.