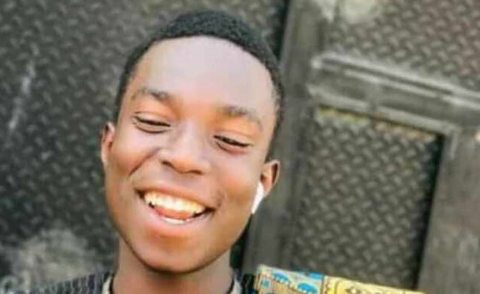 Tragedy struck yesterday in Bauchi state after supposed act of disciplining a child led to his death.

NaijaNews learnt that the mother of the 21-year-old, Abdulsalam Ibrahim, a 300-level Political Science student of the Bauchi State University, Gadau, had called on vigilante group where they live, to beat her child for stealing her wrapper.

The vigilante drop swung into action, tortured the young man till he gave up the ghost.

The incident which occured on Sunday, took place in the Zango area of Bauchi.

Neighbour to the family, Ningi explained that trouble started after Aisha accused her son of stealing her wrapper estimated at less than N3,000.

He said when the boy would not stop denying it, she took him to the vigilante group to beat him, which was were he died as a result of the torture.

Ningi said, “It was a sad day for us, especially looking at the circumstances that led to the death of Abdulsalam. Parents should always endeavour to settle matters at home.

“Taking your child to outsiders for disciplinary measures because of small mistakes is not a solution. Every household has its own peculiar domestic problems

He noted that Aisha, the mother of the boy, will never forgive herself for what happened.