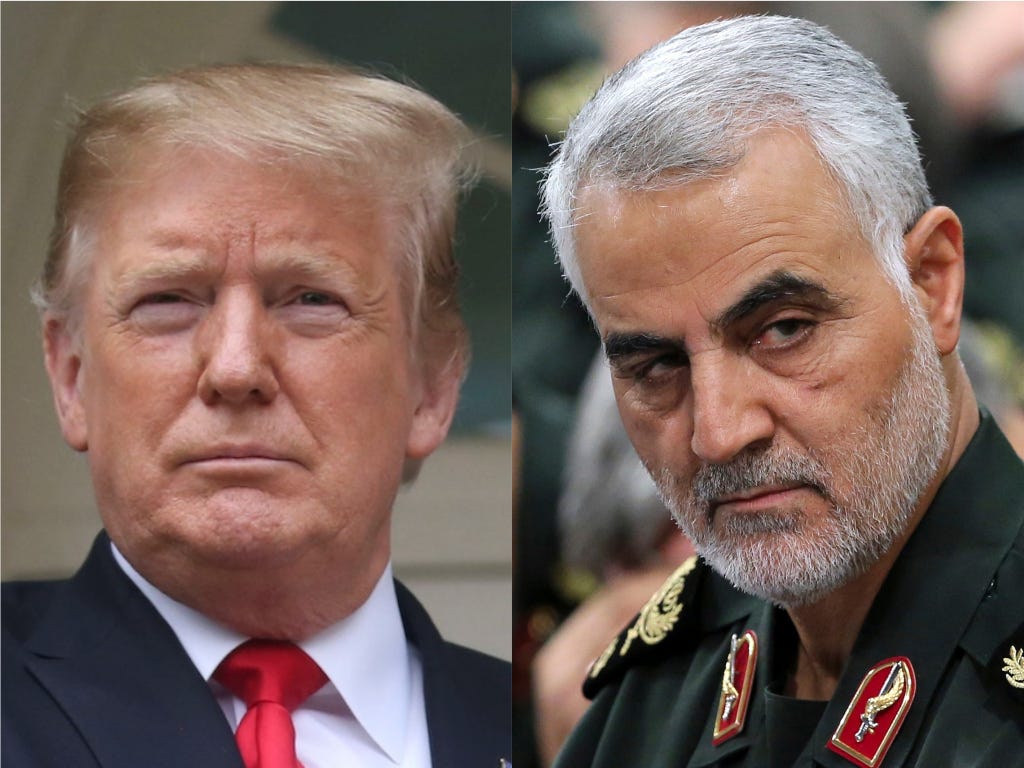 The government of Iran has issued a warrant of arrest against President Donald Trump of America and others whom it accused of complexity in the killing of its former military commander, Qasem Soleimani.

The warrant, issued on Monday through Tehran prosecutor, Ali Alqasimehr said Trump and about 30 others are guilty of killing General Soleimani.

They are therefore been charged for murder and terrorism charges.

According to the Iranian government, as reported by Aljazeera, Trump’s prosecution will be followed up even after his tenure as America’s president ends.

The top Iranian General was killed “at the direction” of Donald Trump, the United States President.

The US military killed Soleimani in an airstrike outside Baghdad international airport. His death, however, sparked protests around the world.

After Soleimani’s death, Iranian Revolutionary Guards vowed to attack Israel and other United States allies in revenge of US action.

In his response, Trump warned Tehran that the U.S. will target 52 Iranian sites if Iran attacks Americans.

Iran has now issued an arrest warrant and asked Interpol to help in detaining US President Donald Trump and others accused of been liable in the death of the top Iranian general.