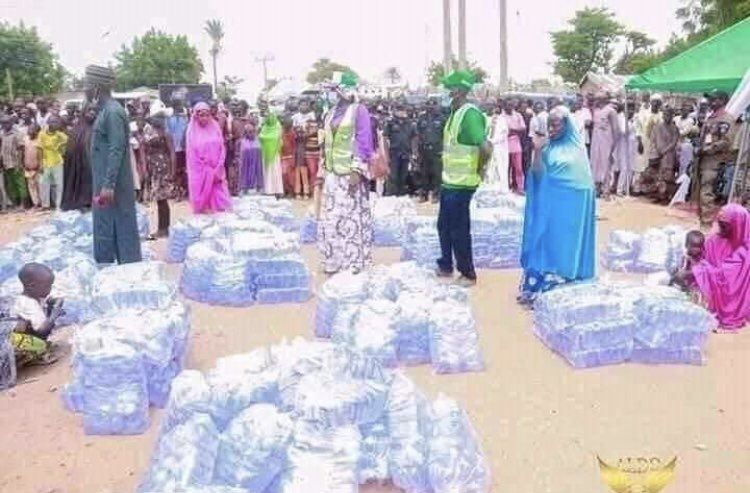 In a bid to help women out of depending on their husbands for daily meals and their personal needs, Mrs Aishatu Bala Mohammed, the wife of Bauchi State Governor, Bala Mohammed, has decided to empower some women in the state with a start-up.

Naija News understands that Mohammed shared massive bags of the popular ‘pure water’ (sachet water) to women in the state to ensure that they have startups.

According to Sahara Reporters, Mohammed shared ten bags to each woman present to ensure they can at least earn a living.

In other news, a 43-year-old father has blamed the devil for sexually assaulting his daughter while her mother was in the labour room to deliver another child.

According to the man whose name is given as Ikechukwu Ekenta, he usually acts in strange manners whenever the evil spirit comes upon him.

Naija News reports that the man who is a resident of Ikeduru- Ogwah, in Mbaitolu Local Government Area of Imo state was arrested for allegedly using his sleeping with his 3-year-old daughter, Kamsiyochukwu Ekenta while her mother is passing through labour pains at a hospital.