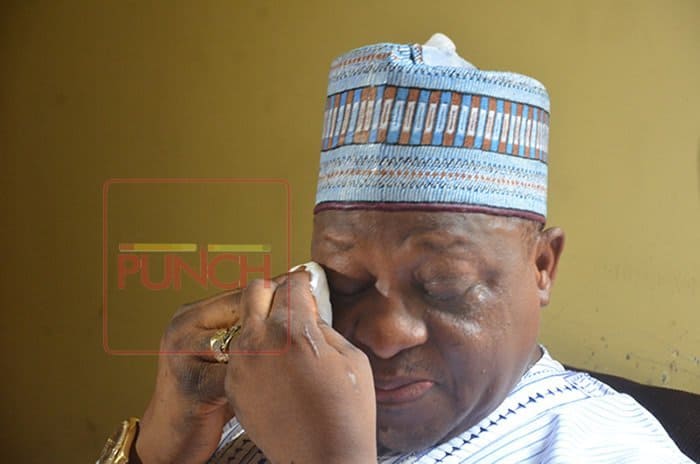 Suspected gunmen last week Thursday abducted the father of the former Governor of Plateau State, Joshua Dariye at his residence.

The Plateau State Police Command, while speaking on the development on Tuesday revealed that the search to free the father of the Senator, Pa Defwan Dariye is ongoing.

Recall that Dariye was abducted by gunmen at his house in Mushere Community, Bokkos Local Government Area of the state and was taken to an unknown destination.

The spokesperson of the state police command, Ubah Ogaba said, “No, We have not seen him. But our men and officers who were deployed immediately after his abduction are still searching for him.”

A close source to the former Governor, Joshua Dariye, revealed that the kidnappers had made contact with the family members and demanded N100 million ransom.

The source said, “The former Governor is not happy about the kidnap of his father for the second time. They (kidnappers) have made contact with the family and they are demanding the sum of N100 million as a ransom”.

He was once kidnapped in February 2015 at his residence in Mushere, Bokkos Local Government Area of the state but was rescued by vigilante at the Nasarawa/Plateau boundaries a few days later