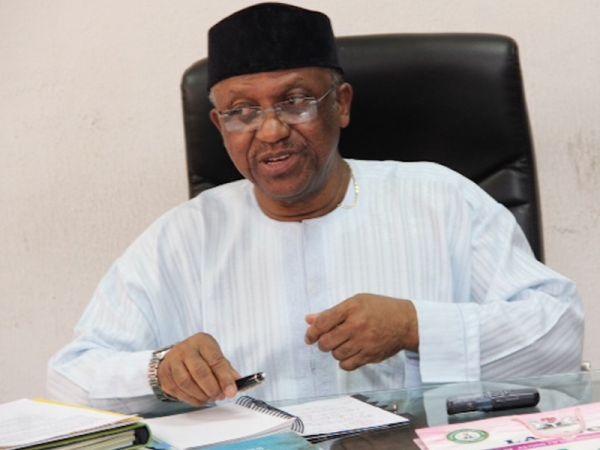 President Muhammadu Buhari’s led government has been described as the most sincere and deliberate government Nigeria ever had in history.

The submission was made a while ago by Nigeria’s Minister of Health, Dr. Osagie Ehanire while reacting to the strike embarked on by the members of the National Association of Resident Doctors in Nigeria, Naija News understands.

“We have made it clear to them (doctors) that this government is the most sincere and serious government this country has ever had. His (Buhari) word is his bond,” said the minister while speaking live on Channels TV on Friday morning.

“This government has a record of being sympathetic to people, of meeting its obligations and keeping to its promises.”

Ehanire expressed his concern over the strike action, noting that the decision by the doctors will only worsen the current situation in the country. He added that the ministry will not in any way make decisions that will hurt the doctors.

“This government does things differently. This is a government that says its word and keeps to its words. We would not do anything to hurt you. We work in your (doctors) interest,” said Ehanire.

“We are going through a very difficult time with other countries and this is quite clearly not the time to add more to our problems by deciding to go on strike. I am worried that we are probably the first and only country where doctors have decided to go on strike.”

Naija News recalls that the Members of the National Association of Resident Doctors on Monday, June 15, embarked on a nationwide strike over the failure of the government to release their COVID-19 allowances among other issues.

According to Dr Aliyu Sokomba, the NARD president, the union has decided to exempt its members working in various coronavirus (COVID-19) isolation and treatment centres across the country.