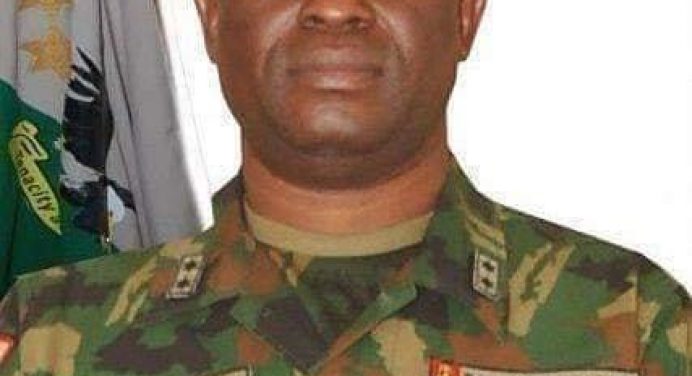 Naija News reports the top army general was found guilty of stealing and disobedience by the General Court Martial set up by the Military Council.

Otiki was found guilty of stealing and disobedience by the General Court Martial headed by Lieutenant-General Lamidi Adeosun.

Apart from dismissal from service with disgrace, a reduction in rank from Major General to Brigadier General was also recommended.

The military tribunal gave its verdict after it concluded sitting on the matter around 11pm on Monday, June 15, 2020.

His dismissal and other recommended punishments are however subject to confirmation from the Army Council.

It will be recalled some soldiers placed under Otiki’s command were accused of stealing money belonging to the Nigerian Army in 2019.

The soldiers ran away after escaping with the huge sum of money.

The soldiers alongside a relative of the former GOC, were said to have abandoned their service rifles, uniforms, mobile telephones and other military wares and escaped with the loot.

They also relocated their families away from the Army barracks in Kaduna, raising suggestions that the soldiers must have been planning their move for some time.

One of the soldiers who refused to participate in the loot was said to have reported the matter to military authorities and returned the sum of N16m to the Nigerian Army.

The former GOC was charged for Stealing N100 million and N160, respectively money belonging to the Nigerian army in count one and two and disobedience to standing order under section 66 of the Armed Forces Act(AFA), on count there, four and five respectively.