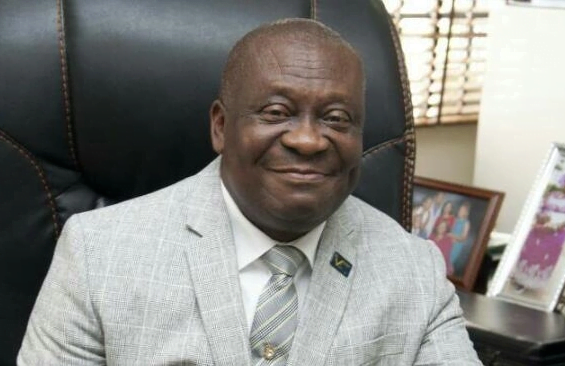 President Muhammadu Buhari on Wednesday terminated the appointment of Charles Uwakwe as the registrar of the National Examinations Council (NECO) and four other management staff for various offences.

Naija News reports that the  President sacked the NECO registrar and four other top staff after a panel investigating allegations of misconduct against them while they were on suspension recommended that they should be removed.

According to a letter dated May 11 and signed by the permanent secretary, Sonny Echono, the sacked NECO registrar was accused of violating public procurement act.

A statement from the council’s head of information and public relations, Azeez Sani, said the “President in exercise of his powers, has approved your removal as Registrar/Chief Executive Officer of National Examinations Council with effect from the date of your suspension from duty”.

Uwakwe was directed to hand over all government properties in his custody to the Acting Registrar of the Council.

On the other hand, Odukoya was dismissed for acts of serious misconduct while Aina was dismissed from service for falsification of records and dishonesty in the sale of NECO Guest House, which is being investigated by the EFCC.

The letter signed by the permanent secretary directed the management of NECO to Commence the process of recovering ill-gotten benefits/gains from Odukoya who acted as Director of a company (M/S I-web Solutions) while in service of Government.