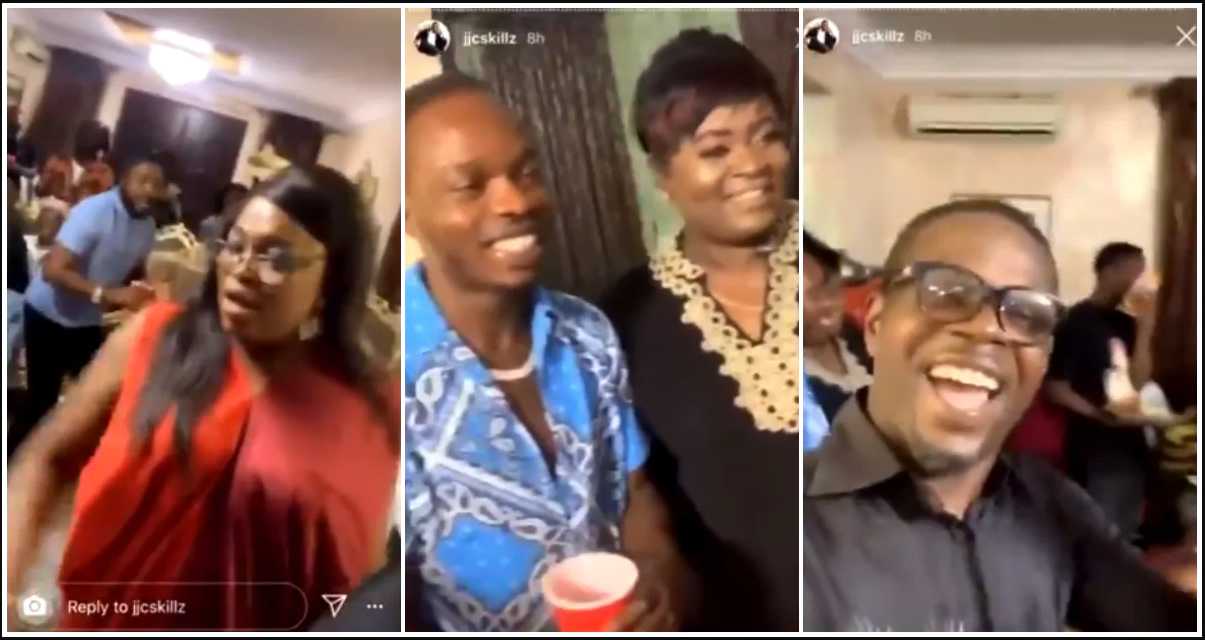 The party was held in Akindele’s home with guests of over 25 people including a hip-hop singer, Naira Marley and Nollywood actress, Eniola Badmus who recently returned from the United Kingdom.

They described the act as highly irresponsible and disappointing, and described Akindele who happens to be an ambassador to the Nigeria Centre for Disease Control, NCDC and Dettol as a bad example to the nation, and urged the government to arrest them and quarantine everyone who attended the party.

Some Nigerians asked Federal Government to quarantine those who attended the party, others also called for their arrest.

It’s actually disappointing when we see educated people act like illiterates.
Imagine a NCDC ambassador who is aware of what’s right and still doing the opposite
Even if you don’t care about your own health, what about those that attended the party? Funke Akindele messed up mehn.

Dear @NCDCgov your Ambassador Funke Akindele, Her Husband JJC, Eniola Badmus, Naira Marley & the Entire Family threw a packed House Party Ystd. I love Funke & have nothing against her but Everyone in that House should be Forcefully Quarantined. Pls treat as Urgent. ?

Sidney pranked us, he got away with it. If the government doesn’t arrest everyone that attended that Funke Akindele’s house party, Maybe everyone should just go back to their normal lives and let the virus kill all of us ??‍♂️??‍♂️??‍♂️

Gross irresponsibility at its peak. With everything that is going on? Jeez, i am so disappointed in Funke Akindele and her husband. How can you put the rest of us at risk at a time such as this? To think she was yarning okpas in that NCDC video. Hypocrisy 101.Alabosi aye. Mtcheew

2. The party conveners and the attendees are terrible souls and if LASG does nothing I will be very very disappointed. No one is above the law. Until we begin to enforce this, good governance will remain a mirage. Yeyebrities with appalling behaviours should not define us please.