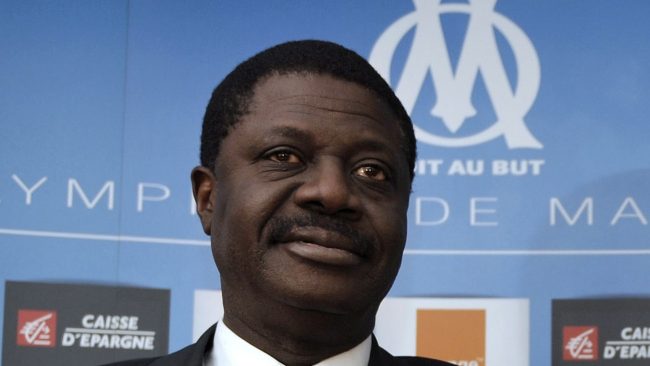 Diouf had died on night hour of Tuesday, March 31 after he had suffered contractions from the global pandemic, Coronavirus codenamed (COVID-19).

Diouf’s death was disclosed in a statement on the official twitter account of the Marseille a few moments ago.

The statement reads: “Olympique de Marseille learned with great sadness of the death of Pape Diouf. Pape will remain forever in the hearts of Marseillais as one of the great craftsmen of the history of the club. Our condolences to his family and loved ones.”

Meanwhile, a report earlier on GOAL noted that the Diouf has been hospitalized and placed under respiratory assistance in a Senegalese hospital after contracting Coronavirus.

Not too long after GOAL reported of his health status, the news of his death broke the internet.

“The 68-year-old administrator is seriously ill and hospitalised in the West African nation after contracting the coronavirus,” GOAL reports.

It added, “Former Marseille president Pape Diouf has been infected with coronavirus and has been placed under respiratory assistance in a Senegalese hospital.”

Naija News understands that the Senegalese man is the first black to head a first-tier European club. An opportunity availed to him at Marseille in 2005.

The likes of William Gallas, Marcel Desailly, Didier Drogba, Basile Boli, Samir Nasri are Diouf’s client while he was still a football agent.