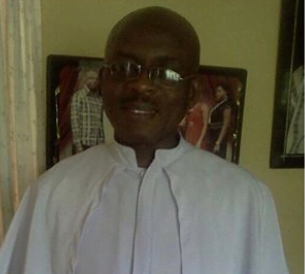 The act of women allowing their house help to prepare meals for their husbands has been condemned by an Anglican priest, noting that no virtuous woman will put a maid in charge of her husband’s meal.

Naija News understands that Rev. Azubuike Mgbikeh, of the Church of Nigeria, Anglican Communion, Akwa, Anambra State, while addressing women on Mothers’ Day which was celebrated in Nigeria on Sunday, March 22 blasted housewives who have dedicated all house chores, including cooking for their husbands to their house help.

Rev. Azubuike who lectures women on the theme ‘The Virtuous Woman and The Home’ said that one of the qualities of the virtuous woman in the Bible was her ability to cater to the welfare of the family, which include preparing food for her household.

He said: “It’s unfortunate that many women don’t know how to cook. That’s why they will start campaigning for house helps as soon as they get married. Don’t allow house helps to cook for your husbands.

“A virtuous woman will not do that. If the househelp must prepare any meals, not soup and stew.”

Among other qualities, Rev. Azubuike listed that a virtuous woman must possess the following qualities which include caring for the needy, modesty in character; speech and dressing, supportive and hard-working.

Meanwhile, in another news, a dead body of a newborn baby boy was found abandoned among heaps of refuse in Calabar, the capital of Cross Rivers State, Naija News reports.

It was reported that the baby was dumped by an unknown person suspected to be the mother on Sunday night, March 15 where it was found on Monday morning by residents of Atimbo area in Calabar.