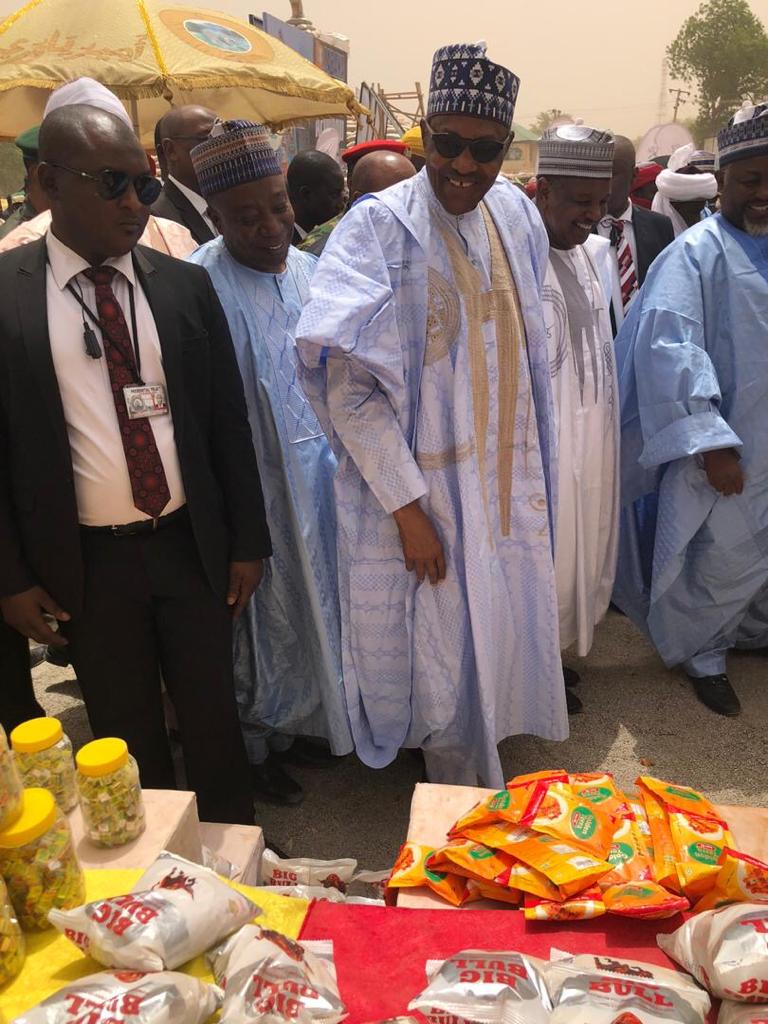 The special adviser to President Muhammadu Buhari on media and publicity, Femi Adesina has dismissed claims that the young man who rushed towards the president at Argungu Fishing Festival in Kebbi state on Thursday wanted to attack the President. According to him, the man only wanted to shake hands with the president.

In a video making rounds on the micro-blogging site, Twitter, which was posted by @segalink, the President posed for a picture session with the Kebbi State governor, Abubakar Atiku Bagudu and other dignitaries, however, a man suddenly bombed into the session and headed straight for the President.

A quick intervention of the security operatives present who moved quickly and apprehended the man, however, saved the day.

Naija News reports the President was in Kebbi State for the Argungu Agricultural and Fishing Festival which was been held for the first time after about 11 years of suspension.

Adesina insisted that the man in question was excited to see the president and wanted to “walk straight to him for a handshake”.

“A young man was very excited to see his President at the Argungu fishing festival. He made to walk straight to him for a handshake. Security details prevented it. Now, opposite people are passing it off as an attempt to attack the President. How malicious can some people be!” he tweeted.

Earlier, President Muhammadu Buhari while in Argungu said the reemergence of Argungu Agricultural and Fishing Festival after 11 years of suspension, and other international festivals across the country, signal more confidence in improved security.

President Buhari assured that the Federal Government will sustain investments in security infrastructure to boost cultural tourism, and attract more investments in the entertainment industry.

“Our presence here today is evidence of Government’s commitment to restoring security and expanding domestic food production as core mandate of our programmes.

“We are all aware that this important cultural gathering was suspended for 11 years as a result of insecurity. Today, by the grace of God, this festival is back and I hope back for good.

“We are not only celebrating the reinstatement of this important gathering, but we are also celebrating the remarkable progress made in restoring peace and security to this region and indeed, our country. It is also noteworthy that yesterday in Abuja a motor rally across five states, which will terminate here in Argungu, was flagged off,’ Buhari said in a statement by Mr. Femi Adesina his special adviser on media and publicity.

Argungu Agricultural Fair is part of activities at the 60th Argungu Fishing and Cultural Festival, which is a UNESCO World Heritage event.