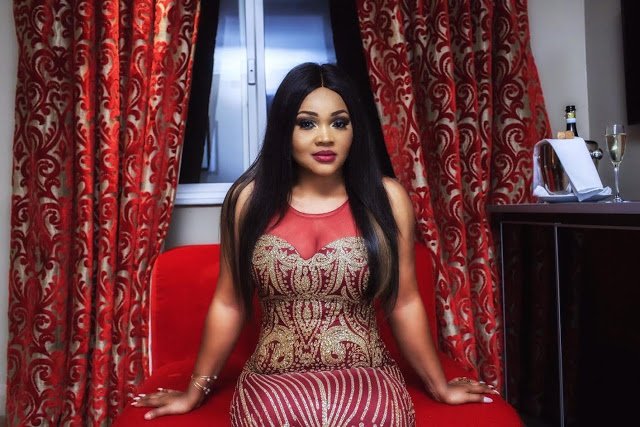 Popular Nigerian actress, Mercy Aigbe has stirred reaction on social media after she took to her Youtube channel which was just created to advise people in a relationship.

The actress while speaking on valentine day called on wives to keep their husband at home and not listen to an excuse of their husband’s plan to attend a meeting.

The award-winning actress noted that the supposed meeting by their husband is a move to meet with their side chick on the love day.

He called on the wives to wear sexy clothes that reveal their cleavage to keep their man at home as he has a side chick somewhere he wants to meet.

On the other hand, he called on the side chicks to collect money from married men and not waste time by falling in love with them as the man will surely return home to his wife.

She noted that side chicks should be in a relationship with a married man for the material things they want to get.

The Nollywood actress further stated that they should request for cars, house and make sure they deal with these men so that the man can learn and stay back at home to take care is children.