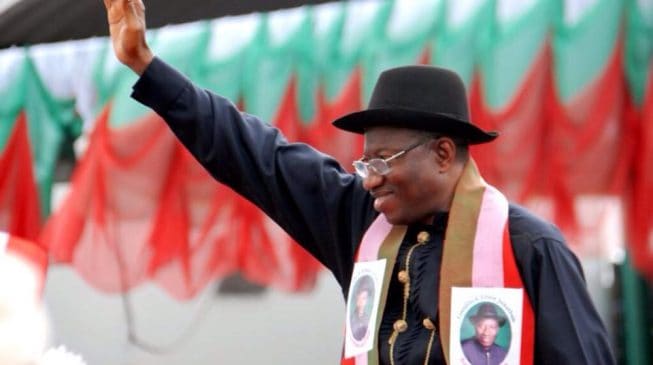 Leaders of the Peoples Democratic Party (PDP), Nigeria’s main opposition party, have concluded plans to approach former President Goodluck Jonathan to come forward and lead the PDP reconciliatory efforts in the interest of the party ahead of the 2023 Presidency.

Naija News reports that the PDP is currently in crisis no thanks to the disagreements among aggrieved chieftains across the country. Top on the list of such feuds is that between Governor Nyesom Wike of Rivers State and Seriake Dickson of Bayelsa State.

Apparently displeased with the disagreements among aggrieved chieftains and the possible implication of such feuds ahead of the 2023 Presidency, PDP leaders recently met and resolved to approach former President Jonathan for help.

A report monitored on The Nation Newspaper by Naija News, quoted a party source who was at the meeting, to have said that the parley was held at the Abuja home of a former Kogi State governor, last week Sunday, February 2.

The report quoted the party source to have said that: “The leaders are not pleased with the aloofness with which the former President treats party issues. They noted the fact that he remains the strongest bridge within the party as at today and should not be treated as less important if the PDP really wants to return to winning ways in 2023.

“Jonathan is one of the most respected and loved chieftains of the party alive today. So, the decision is to appeal to him to come and lead us to unity.

“It has been observed that he may not have been treated well since he left office, even by our own party leaders and some governors. But being the man of peace he is, he has not raised any alarm but we must not continue to ignore the issues as they concern him. That is why we will be approaching him to come to take charge of our march to peace. We need him on the frontline as 2023 approaches. We will go to him and offer him leadership,” the source said.

Meanwhile, Naija News reports that the development is coming two months after the BoT chairman, Senator Jibrin, had hinted on plans by the party to embark on reconciliation to strengthen it ahead of the 2023 elections.

“The Board of Trustees is making necessary arrangements to reconcile the Governor of Rivers State, Nyesom Wike, and his Bayelsa counterpart, Seriake Dickson, and of course, other party members to make our party stronger with a view to taking over government from the ruling APC in 2023,” the PDP BoT chairman had said in December 2019.