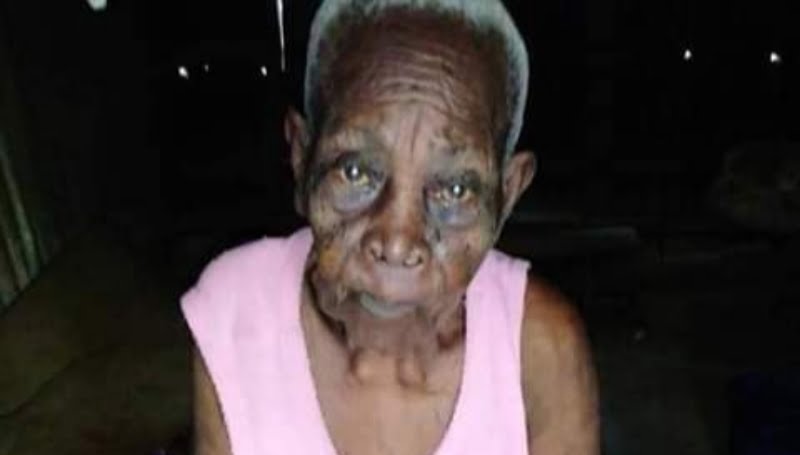 The aides of the Vice-Chairman Bedford Ineye who signed the letter that stated February 4 2020.

According to the content of the letter reads that it is my pleasure to inform you that you have been appointed as Special Adviser on Elder Matters to the Vice-Chairman, Kolokuma/Opokuma LGA.

Copy of the appointment letter 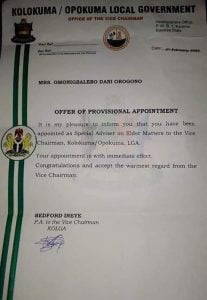 A consultant with the local council, Ebinimi Abiama who reacted to the letter said that the appointment was a show of solidarity with the aged people in the area and she wasn’t appointed so she could do the adviser work per see.

The vice-chairman promised to upgrade the standard living of the woman and her house will be renovated.