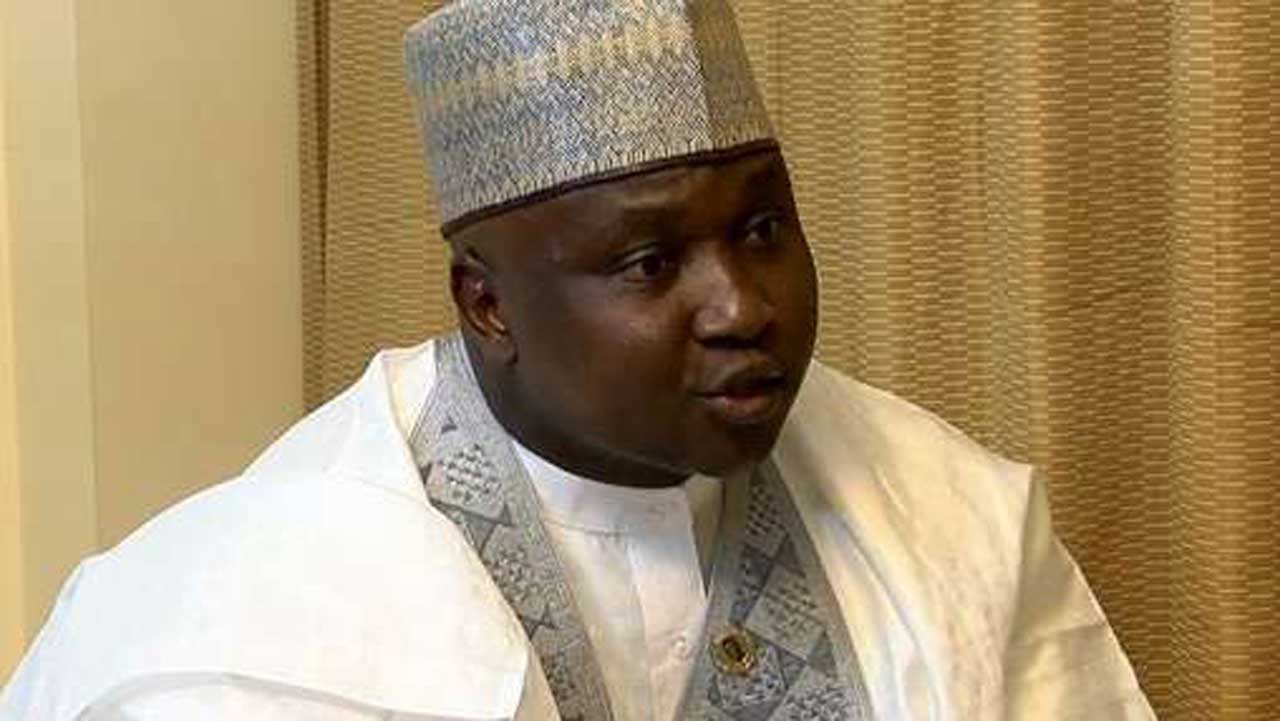 The majority leader of the house of representatives, Alhassan Ado Daguwa currently has 27 children and has expressed hope to have more.

The lawmaker who represents Doguwa/Tudun Wada federal constituency of Kano state, during the house plenary session yesterday said this when he showed off his four wives whom he brought with him for the day’s business.

He was being sworn in as the majority leader and said he would like to present the four wives to the lawmakers.

“Mr. Speaker, I would like to let you know that with me today here, are my four respected wives,” he said, before requesting all four to stand up to the cheering of his colleagues.

Reacting, the speaker,  Femi Gbajabiamila, jokingly asked him to “continue”, saying “the more, the merrier”.

The speaker said: “I must bring to the knowledge of this house a little anecdote, what you told me, some time ago. You told me, don’t beg me, you told me it was getting late around 7 o’clock, and there were many children playing in front of your house in Kano.

“You got worried and you went out, you told the children, “common, what are you still doing outside by this time of the day. You people should go to your homes.

“And one of them said to you, “haba, baba, this is my house.” So he was one of those 27 children. But I guess, the more, the merrier. You get my point; continue.”

Just recently Kano’s Emir, Muhammad Sanusi II, had stated that the cause of poverty in the Northern region was because of the practice of marrying more than one wife.

“There are people who cannot afford to feed one wife but are ready to marry three wives and have more children than they can feed, talk less of paying for their school fees,” he had said.

Banning Of Okada In Lagos Is Paramount – Commissioner