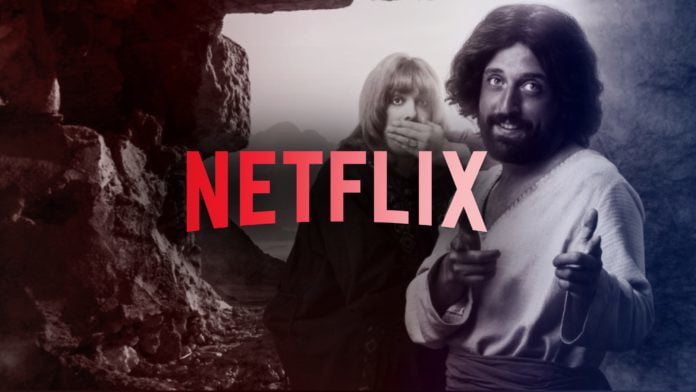 A Brazilian court has asked American media-services provider Netflix, to pull down a Christmas movie that portrays Jesus Christ as a gay man, which has provoked widespread condemnation.

According to the  Brazilian judge who ordered Netflix to stop showing the Christmas movie, the right to freedom of expression… is not absolute. Exhibiting the ‘artistic production’… may cause graver and more irreparable damage than its suspension.

However, Netflix has decided to not comment on the ruling by the judge.

Naija News recalls that the film was created by the Brazilian YouTube comedy group Porta dos Fundos. Since its release, it has sparked a lot of conversation globally with a lot of people shocked at the storyline which depicts Jesus as gay.

A petition was filed by a Brazilian Catholic organization that argued the “honor of millions of Catholics” was hurt by the airing of “The First Temptation of Christ.”

Although, the ban is only temporary as the final decision is yet to be made.