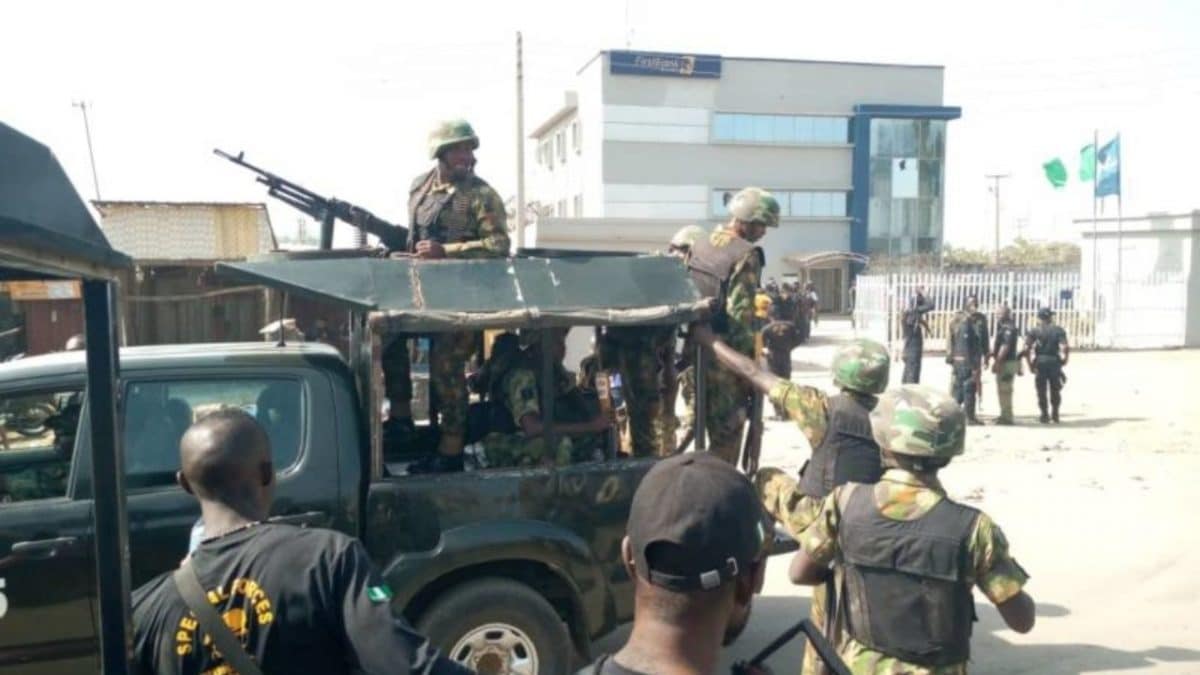 The mastermind of the foiled first bank robbery in the Mpape area of Abuja has been arrested and is being held at the FCT Command Headquarters by old CBN building, Garki, Abuja.

According to reports, the man who was identified as Ernest, a barman was arrested at his hideout by police detectives, the Nation reports.

Recall that Larry Ehizo, a customer service officer with the bank had narrated how the suspect helped robbers gain access to the bank.

A combined team of police and soldiers paraded the suspects at the FCT Police command.

Ehizo further stated that Ernest threatened to kill him, his girlfriend and his family if the robbery was not carried out.

The 30-year-old graduate of Political Science from the University of Abuja had worked with First Bank.