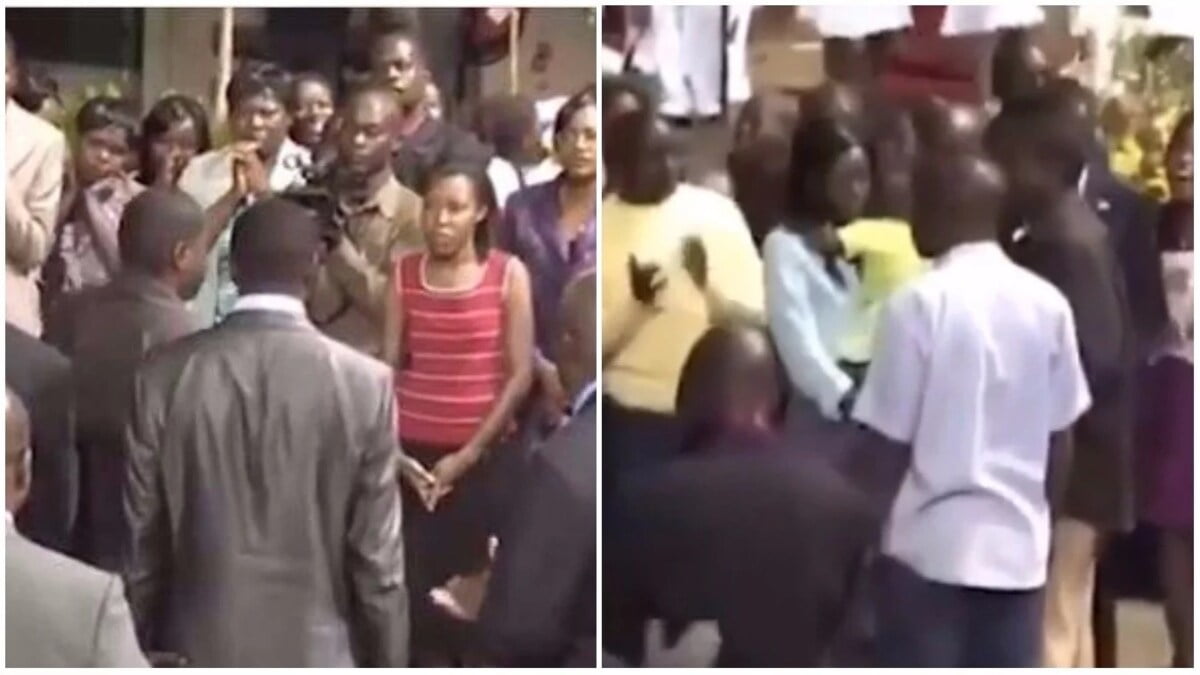 A Zimbabwean got beyond what he bargained for on when he decided to attend a church service with his side chick with his wife attending the same church service.

When the Clergy asked if he came alone for service, the disgraced husband confessed that he came with a companion. Surprisingly, the tearful mistress came out and knelt before the pastor who later ordered her up and told her to stand next to the man’s wife.

Pastor exposes adultery during service in this episode of Megachurch Maury. pic.twitter.com/DcQTJV0lGP