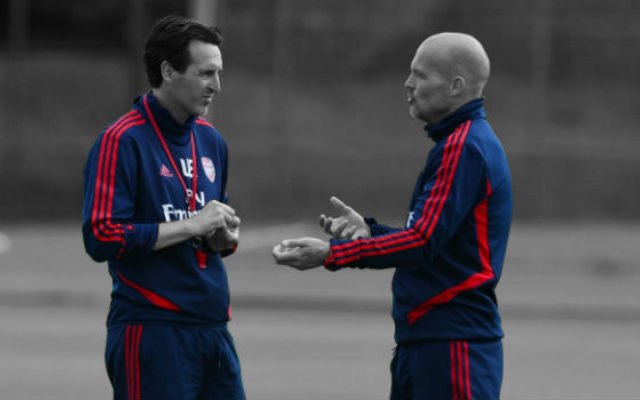 Josh Kroenke, Arsenal director and son of owner Stanley, has revealed that Unai Emery was sacked to save Arsenal’s faltering season.

Arsenal had on Friday announced the sacking of Unai Emery and his coaching crew, naming Gunners legend, Freddie Ljungberg as the interim manager.

The Spaniard last game in-charge was Arsenal’s 2-1 defeat at home to Eintracht Frankfurt in the Europa League on Thursday night stretching a run of seven games without a victory.

Emery was dismissed on Friday morning, after just 18 months in charge at the Emirates.

He, however, revealed that club chiefs had grown “concerned” after the Gunners recent performances.

Josh said: “Like all of our fans and supporters around the globe, we’ve been concerned about our recent string of performances.

“We wanted to support Unai and his staff until we decided it was time to make a change.

“And ultimately we came to that decision over the last several weeks as a group between myself, Raul [Sanllehi], Vinai [Venkatesham] and Edu.

“[It was] Very difficult. First and foremost Unai is a good man, someone that we all respect very much. His work ethic on a daily basis between him and his staff was fantastic.

“Ultimately we started to fall short of several goals that we set.

“We still feel that we can achieve those goals this season, which is why we decided to make the change now.”

Speaking on getting a new manager, Kroenke said the North London club will take its time in getting the right manager.

He added: “Our process is already underway. It’s going to be led by Raul, Vinai, Edu and Huss here internally. I look forward to getting with them and working closely with them throughout this process.