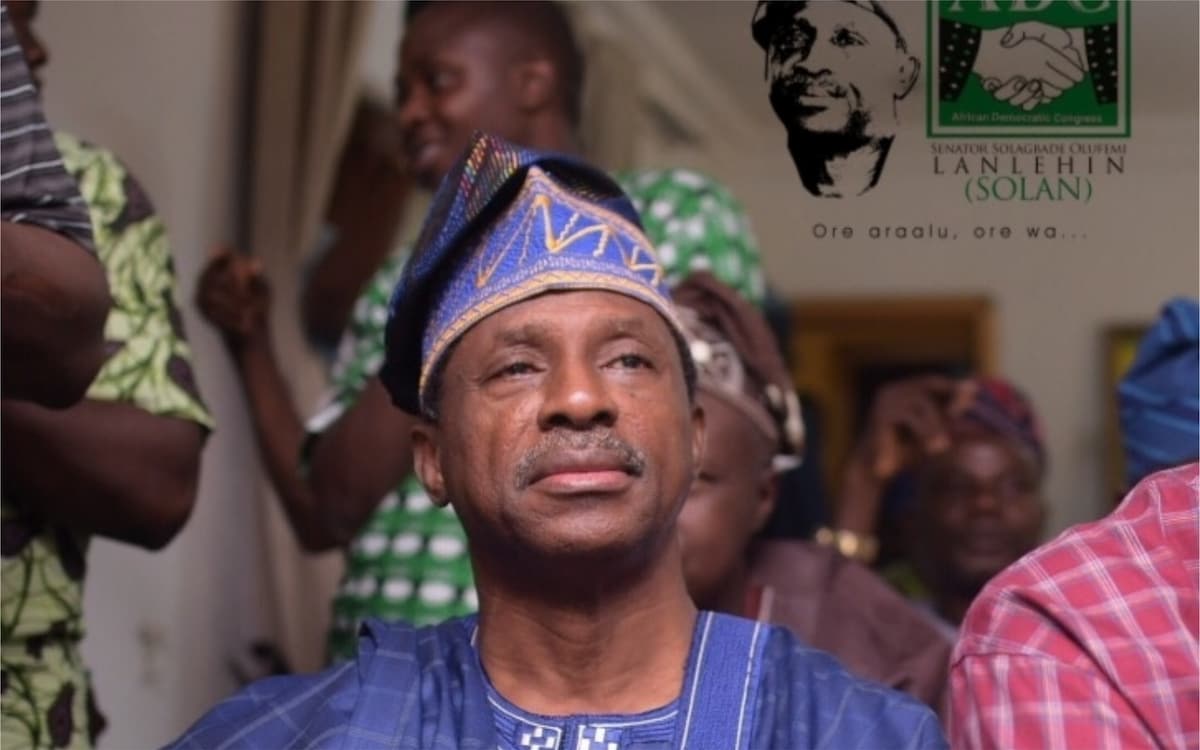 Senator Olufemi Lanlehin, the governorship candidate of the African Democratic Congress, has accused the Oyo State Governor, Seyi Makinde, of failing to fulfil the promises they reached before the election.

Recall that Lanlehin, Sharafadeen Abiodun Alli of Zenith Labour Party and Chief Bolaji Ayorinde of Social Democratic Party, had signed a deal to support the governorship ambition of Makinde.

The former Governor of the state, Senator Rashidi Ladoja, had persuaded the trio to support Makinde who defeated the governorship candidate of the All Progressives Congress, Adebayo Adelabu, in the March 9th gubernatorial election.

Few months after the election one of the governorship candidates who agreed to support Makinde’s ambition has accused the Governor of failing to fulfill some of the agreements reached.

Lanlehin, in a statement entitled “Makinde Yet to Fulfill Promises” noted that he did not request nor was he given any financial compensation.

He stated that rather than request for anything from the Oyo State Governor, he committed his resource to support Makinde during the election.

Lanlehin further stated that the inability of Makinde to honour the terms of their agreement might have been occasioned by “the very busy and demanding schedule of his state duties.”

He said, “I remain a committed member of ADC whose members worked assiduously and tirelessly in installing the Makinde government and expect participation in same as agreed before the said gubernatorial election.”

“Candidate Seyi Makinde (as he then was) made some promises to me as the incumbent candidate of my party ADC. I willingly and absolutely agreed to surrender my gubernatorial mandate in the common interest of the people of Oyo State.”

Lanlehin further stated that he withdrew from the race for Makinde to prevent the reoccurrence of the 2015 experience when all opposition parties could not support a candidate to defeat APC from office, leading to the emergence of Abiola Ajimobi for a second term.