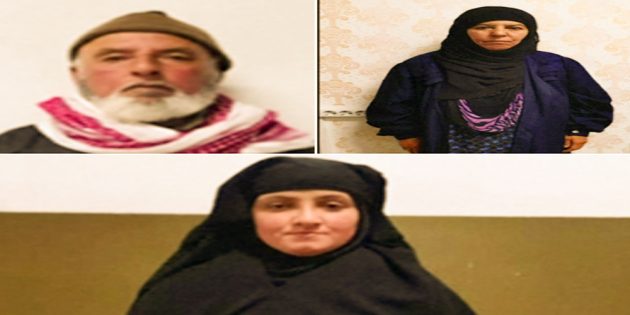 The sister of the late Isis leader Abu Bakr al-Baghdadi has been arrested according to information made public by Turkish authorities.

Naija News learnt that a senior Turkish official who gave revelation said the 65-year-old woman named Rasmiya Awad was arrested alongside her husband, daughter-in-law and five children in a trailer container she was living in near the town of Azaz in Aleppo province.

Speaking on the arrest of  Awad, the Turkish President Recep Tayyip Erdogan’s communications director said the woman’s capture was evidence of Turkey’s determination to fight against ISIL.

Our determination to bring justice to those who seek to terrorize our people and destabilize our region cannot be questioned.

Naija News recalls that Baghdadi killed himself last month when cornered in a tunnel during a raid by US special forces in north-western Syria.