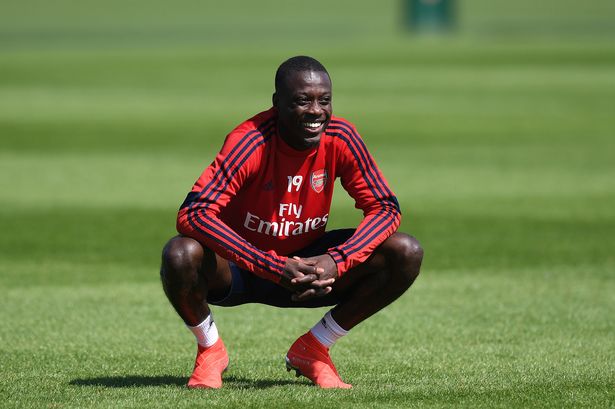 Pepe, who cost the Gunners £72m, has struggled to find his feet in the English Premier League after scoring 22 goals and providing 11 assists last term in Ligue 1.

After finding the net just once – via penalty – in his first nine Premier League games, the 24-year-old showed signs of his quality with two spectacular free-kicks during Thursday’s 3-2 Europa League win over Vitoria Guimaraes.

Speaking to newsmen on Friday ahead of Sunday’s clash against Zaha’s Crystal Palace, Unai Emery said the brace – in the Europa League – reinforced his confidence in the Ivorian.

“We chose to sign Pepe even though Zaha is a very good player,” the underfire Emery said.

“We signed Pepe not for two months, six months, one or two years but for the process. And the process is coming together little by little.

“Nicolas will be more confident after Thursday. This club follows a lot of players all around the world, because we have very good scouts. We are very happy with Pepe.

“We need patience and to be calm with him, help him and protect him because he can think he is playing under pressure.”