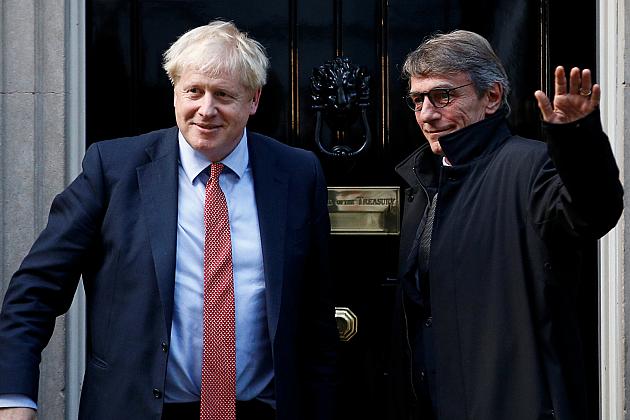 Boris Johnson has warmly welcomed the new President of the European Parliament, the Italian David Sassoli. But some observers have questioned the meaning of this visit. David Sassoli, after the interview, acknowledged that no breakthrough has been made. “We will not accept an agreement that undermines the Good Friday agreements and the peace process in Ireland or that would compromise the integrity of our single market,” said the EU official.

Earlier, tension mounted in the UK after Chancellor Angela Merkel said an agreement on Brexit was “extremely unlikely”. In a direct tweet, Council President Donald Tusk blamed the UK for playing a stupid game of blaming one’s own responsibilities on others.

Irish Foreign Minister Simon Coveney was more conciliatory in his view that despite the differences and the passage of time, hope for an agreement remains. “There is a lot of misinformation circulating,” he warned, “I want to say it loud and clear: the Irish government and the European Union are working hard to reach an agreement that allows for an orderly Brexit.’

But Irish Prime Minister Leo Varadkar is without illusions. “What the UK did was to repudiate the deal we had negotiated with Theresa May’s government by putting half of this work on the table and saying that they are making a concession, that they obviously do not do. ”

Parliament was once again temporarily suspended. Behind the scenes, negotiations continue as opponents of Boris Johnson fight to prevent Brexit at any cost without agreement.