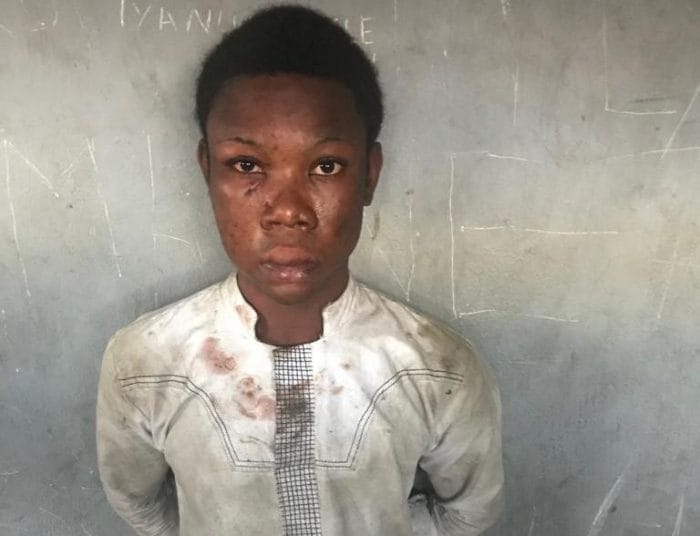 It is a double Tragedy for the family of Oreoluwa John who was reportedly stabbed by a house-help and her 89-year-old Mother who died from the shock of the prior incidence.

Oreoluwa who lived at 4, Ogunlana Drive, Surulere, Lagos hired Ben Ogbu to assist with house chores, on Wednesday and was allegedly stabbed by the Benue-born house-help after an argument on his first day at work.

Realizing what happened to her daughter, Adejoke, the 89-year-old mother of Oreoluwa, went into shock and she never recovered.

Ogbu, who hails from Oju local government area of Benue state was said to have shown no remorse as he went further to loot some of the valuables in the house.

He allegedly moved electronics, handsets and household items into his employer’s car and attempted to escape before he was apprehended by policemen.

Bala Elkana, spokesman of the Lagos police command, said Ogbu confessed to the crime during interrogation.

“The suspect confessed to the crime. In his statement, he averred that, his employer asked him to clean the house at about 9pm of 19th June, 2019 but an argument ensued between them, which prompted him to stab her with a knife,” Elkana said in a statement.

“That the shock of her dead made her aged mother to slum and die. Considering the fact that they are dead, he moved some valuable properties into his employer’s Toyota Camry Salon Car and attempted to escape to where he cannot be found, before he was apprehended by Policemen on patrol at Ogunlana pindown point.”

Elkana disclosed that the vehicle and items which Ogbu stole were recovered, while the body of the two victims had been taken to the hospital for autopsy.

He said Zubairu Muazu, commissioner of police in the state, had ordered an investigation into the incident and that the suspect will soon be charged to court.

Recall that a similar incidence was recorded by Naija News late last year. A Togolese cook of Ope Bademosi had been arrested for the murder of the Credit Switch Technology chairman.