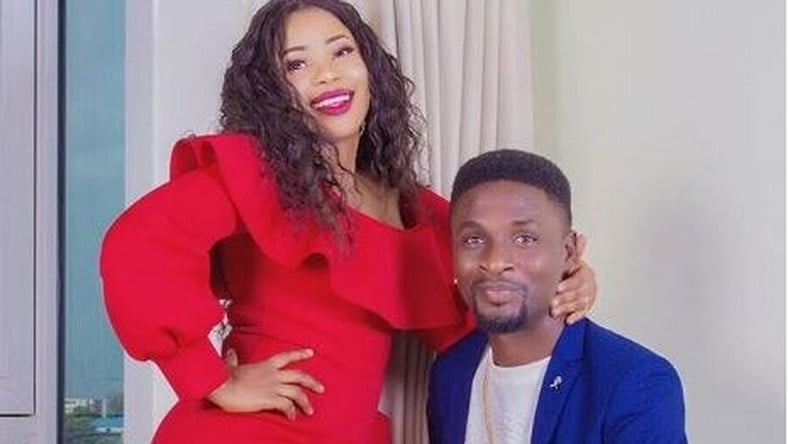 Nollywood actress, Seyi Edun, burst into tears in a recent video after she was surprised by her husband, Adeniyi Johnson, on her birthday.

Aww! Actress Seyi Edun tears up as her husband springs a surprise on her birthday ?? pic.twitter.com/7yY5RYjtzS

Recently a video was spotted on the internet showing Seyi Edun making an upcoming actress, Adewale Kofoworola, kneel for attacking her on Instagram.

The action stirred reactions from Nigerians who saw the act as not worth emulating.

According to reports, the actress meets Kofoworola at a movie location and ordered her to kneel with support from some of her friends.

A further report had it that the upcoming actress was accused of bullying Seyi on Instagram claiming that she can never give birth.

While speaking on the allegation of the actress she wrote;

“To every bully who hide under the internet to say all sorts of things to celebrities/public figure ,i hope you know you are inheriting curses and also your offence is punishable under the law,desist from such acts before you meet your Waterloo.”