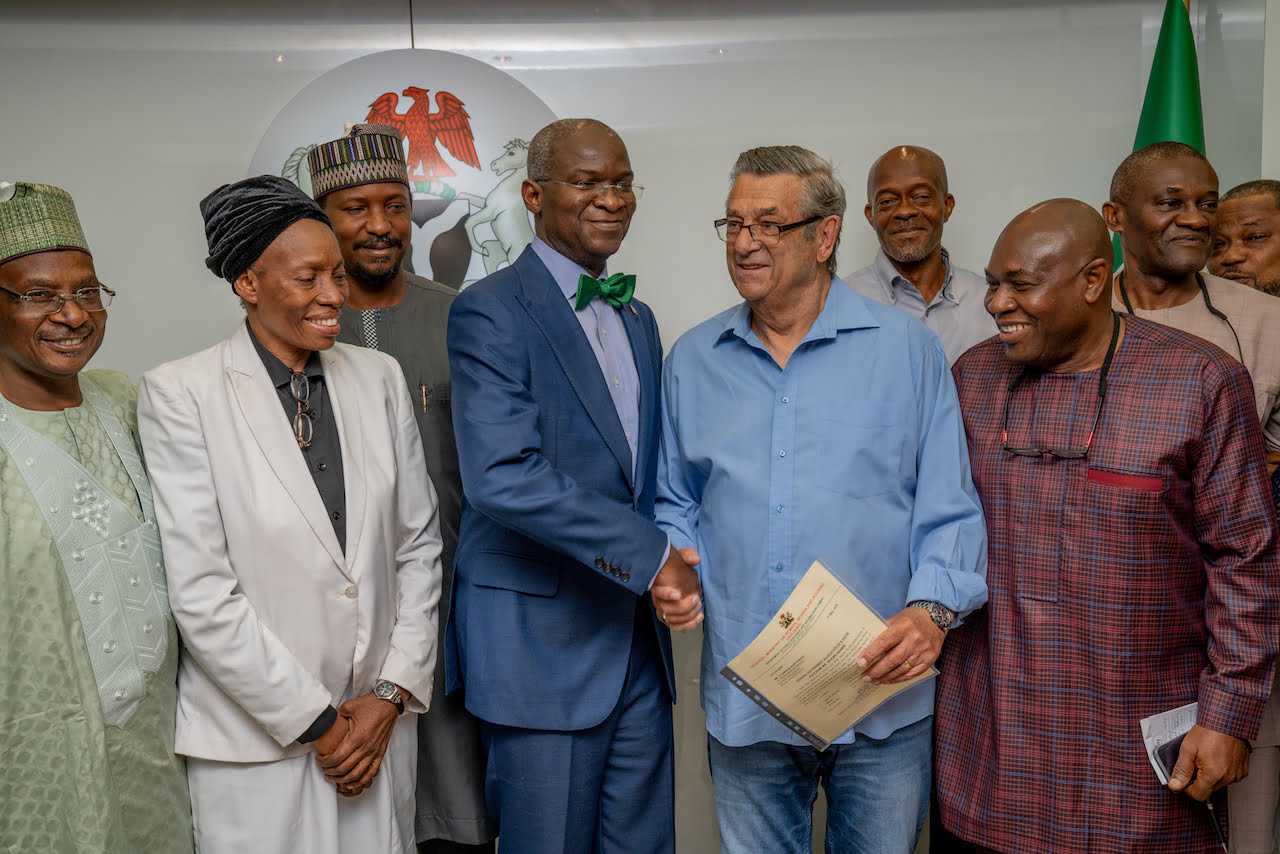 Naija News recalls that Westerhof was the Technical Adviser that led the Super Eagles to victory in the 1994 African Nations Cup competition and qualified the team for its first World Cup in the USA in 1994.

Presenting the house documents to the ex-Super Eagles coach, the Minister of Power, Works and Housing, Babatunde Fashola said many promises were made in a moment of euphoria and elation, one of which was the allocation of a house which was never redeemed since 1994.

Fashola said that Johannes Bonfrere, better known as Bonfere Jo, was also promised a house for leading the Super Eagles to the first Olympic football gold medal in 1996.

The minister said that the promise was forgotten until it was redeemed by the present administration in 2018, after 24 years.

“It was the public announcement of that redemption that brought to light, the commitment to redeem the promise made to Westerhof because immediately we became aware, we set out to work in the ministry.

“This is more than a house, it symbolises the commitment of the Buhari administration to right yesterday’s wrongs, redress yesterday’s injustices and bring Nigerians together,” he said.

Westerhof thanked the Federal Government for redeeming the pledged, adding that with the house, he would be more regular in Nigeria with his family.