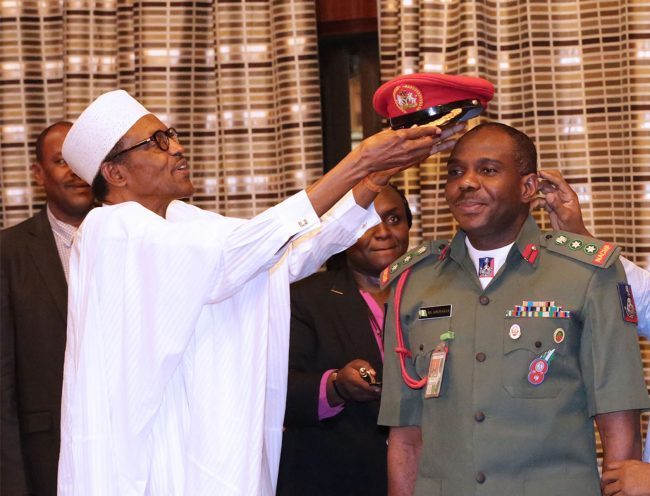 The Nigerian Police, Katsina State Command has revealed that the suspects in connection with the abduction of President Muhammadu Buhari’s Aide de Camp (ADC)’s father-in-law, have been arrested.

Naija News learnt that the spokesperson of the Katsina State police command, Gambo Isah, in a statement disclosed that Magajin Garin Daura, Alhaji Musa Uba, was abducted on Tuesday evening at his residence.

He added that the kidnappers numbering six stormed the residence in a Peugeot 405, unregistered car, blue in colour, shot sporadically into the air, and abducted him.

The State Commissioner of police and police patrol team later arrived the scene and arrested some of the suspects. One police officer was however hit during a gun-duel with the kidnappers.

“The state Commissioner of police, CP Sanusi Buba, along with police patrol teams immediately arrived at the scene. “Police patrol teams at Kusada Division Katsina State intercepted the hoodlums and engaged them in a gun duel and as a result of which one Inspector Muntari Maikudi attached to Kusada Division sustained a gunshot injury and was rushed to the Federal Medical Center Katsina for treatment.

“IGP Tactical Squad, SARS teams, PMF and counter-terrorism units have already been dispatched to rescue the victim alive and safely to his family.”

The abducted traditional ruler who is the father of Fatima Musa, wife of Colonel Mohammed Abubakar, the ADC to President Buhari was a retired customs comptroller and business mogul.