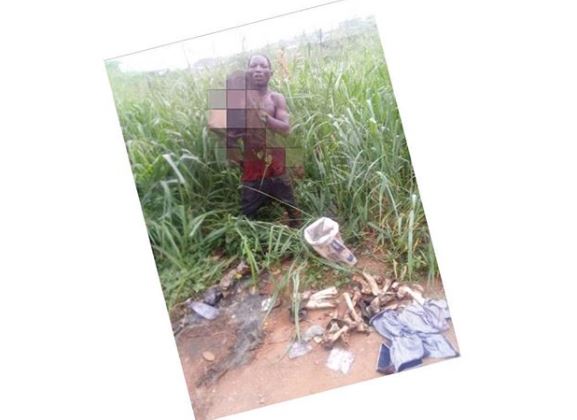 A middle-aged man identified as Ismaila Raji, has been said to have admitted to the killing of 7 people, including students of Lagelu Grammar School, Ibadan, Oyo State.

Naija News understands that Raji who works as a car wash attendant was said to have also owned up to have preserved by drying the remains of his victims with chemicals.

It was gathered that that Raji had twice been arrested for being in possession of human skeletons at the University of Ibadan’s 2nd gate and along Eleyele Road.

He was said to have confessed that a popular businessman in Ibadan contracted him and his accomplices- Sunday, Kella, Awilo, Omo Ola, ID Noble.

While making his confession, Raji said; “I have killed seven other people so far and they are mostly students of Lagelu Grammar School. I was offered N500, 000 by a bakery owner to be killing people.

My colleagues and I usually sat around the school’s premises. That is where we usually capture our victims.”