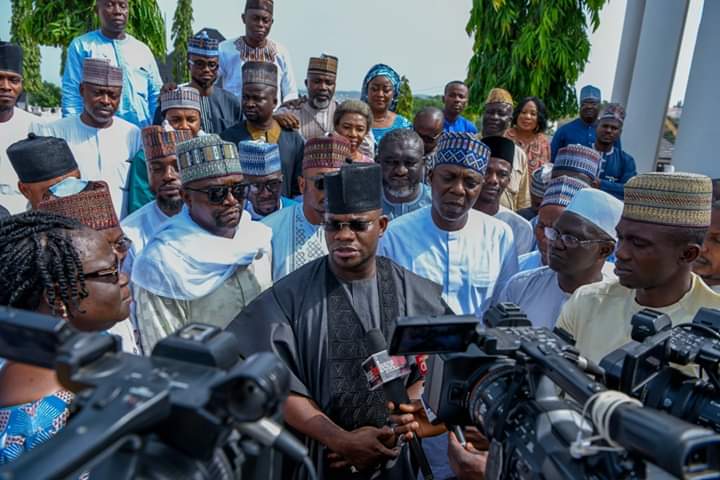 Governor Yahaya Bello of Kogi State has officially declared interest to contest the gubernatorial seat for a second term.

The Independent National Electoral Commission (INEC), had fixed Saturday, November 2, 2019, for the governorship elections in Kogi and Bayelsa.

Speaking to stakeholders at the government house, Lokoja, during the inauguration of Kogi State House of Assembly Commission, Bello said his declaration came after thorough consultations with the leadership of his party both at all level and calls from the people of Kogi State that he should run for another term.

The governor noted that, following the official release of the state’s election timetable by INEC, it became necessary to make his intentions known.

“I would like to inform the good people of the State, the All Progressive Congress family and supporters from the state, the local government areas down to the wards and polling units, as well as various stakeholders, opinion moulders, families and friends of my interest to run for a second term in office as the Executive Governor of Kogi State,” he said.