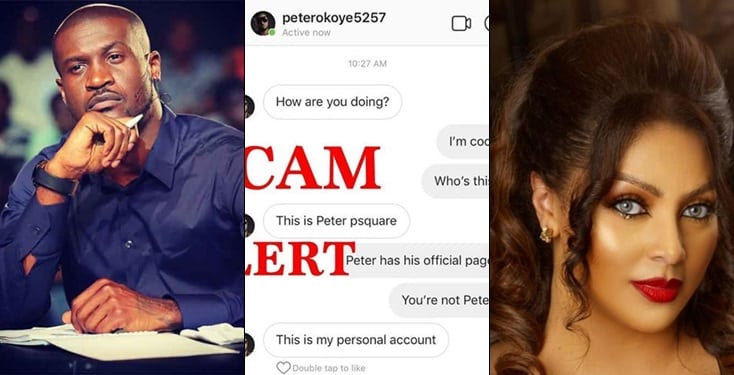 Popular Nigerian singer, Peter Okoye has raised an alarm over the activities of an internet fraudster who had been scamming his unsuspecting victims, using the identity of the singer.

Naija News reports that the artiste took to his social media handles to warn the general public to be careful of the tricks of the fraudster to defraud his suspects.

Peter Okoye gave the name of the internet fraudster as @peterokoye5257.

Peter Okoye said that the scammer had clowned his identity and disguised to be the artist’s account.

While informing the public of the scammer’s in tricks, Peter Okoye wrote; “SCAM ALERT‼️ Pls report this Account @peterokoye5257 whoever that created it have been scamming people. Run??‍♂️…. We knw the country is hard but don’t spoil other peoples hustle. ?? #Mofo.”

Meanwhile, wife to the artist, Lola Omotayo-Okoye while reacting to the incident, approached the comment section of her husband’s post to lay curses on the scammer.