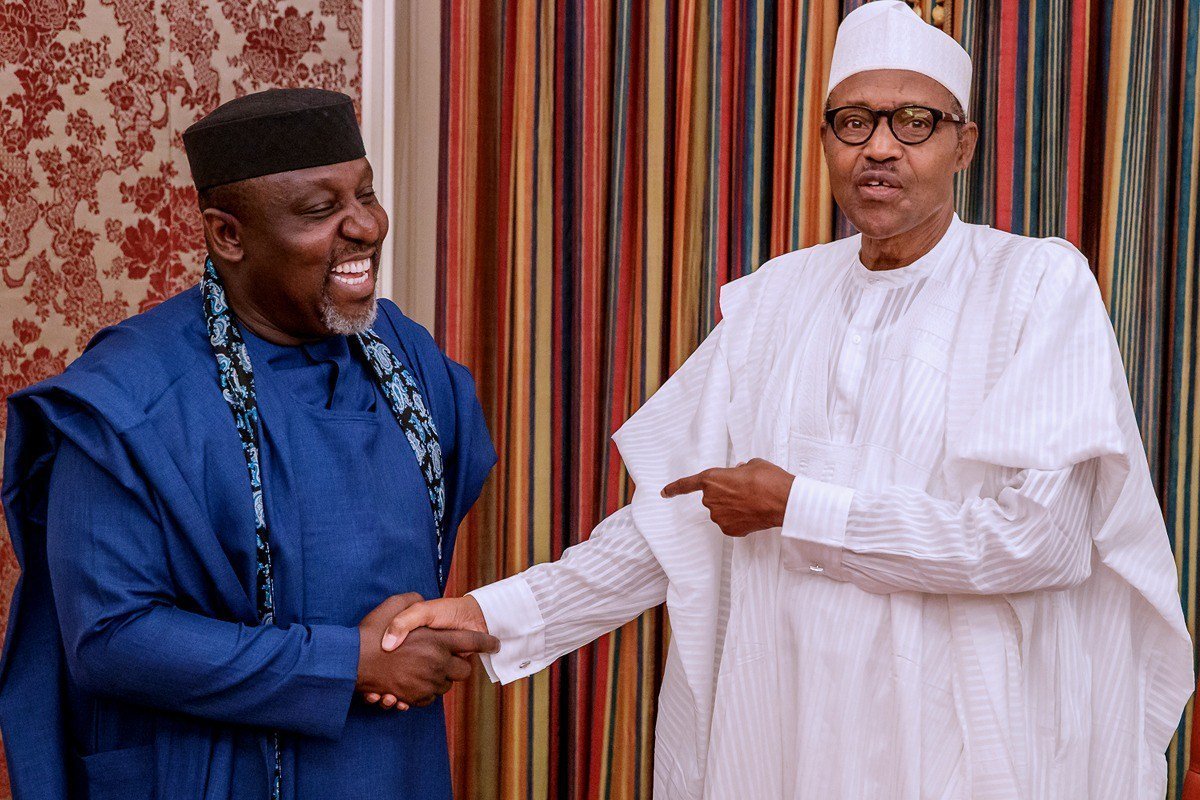 The Imo state governor expressed assurance that INEC will issue him his Certificate of Return as the Senator-elect for Imo West Senatorial District.

Okorocha revealed his positiveness after a private meeting with President Muhammadu Buhari, on Monday at the Presidential Villa, Abuja.

In his words, Okorocha said; “As it stands today, I am just waiting patiently for the release of my certificate of return for an election that I duly won.

“And I am hoping that INEC will release my certificate as I have not contravened any section of the constitution, neither have I done anything wrong to warrant the withholding of my certificate.

“I pray and hope that INEC will do what is just and right.

“INEC conducted elections, results were declared by the returning officer and I won; only to hear one week later that somebody wrote a petition that he made that declaration under duress; the question is where?

“So, who actually put him under duress? The man has not been able to say that; he has never made a statement about that. So I think INEC will want to do the right thing very soon.’’

Recall that INEC withheld Okorocha’s Certificate of Return for the Imo West Senatorial District after the state’s returning officer had alleged that he was made to declare the governor as the winner of the Feb. 23 election under duress.

Okorocha further disclosed his main reason for visiting the President at the Aso villa in Abuja, before the President proceeded to attend the inauguration of the president of Senegal, Macky Sall.