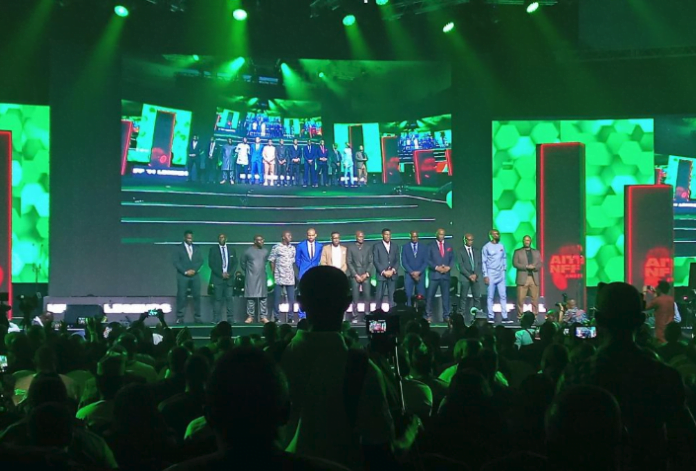 The Team of the Year – the Super Falcons

Fans of the Season – Kano Pillars

During the event, the Super Eagles team of 1994 was honoured and recognised for its exploits on the field.

Rashidi Yekini’s daughter, also climbed up the stage to collect the award for his late father, standing alongside his teammates.