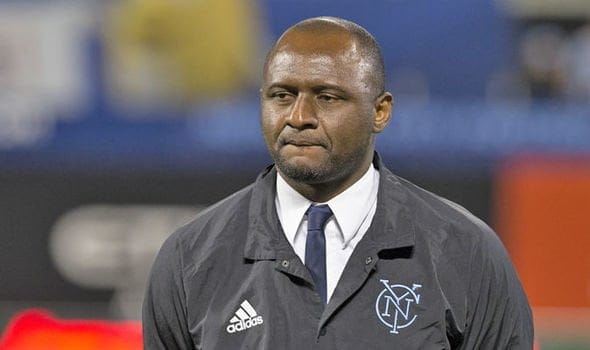 Arsenal legend, Patrick Vieira, has said he wants Rennes to knock out Arsenal in tonight’s UEFA Europa League round of 16 second-leg clash at Emirates Stadium.

Rennes head to the game following a 3-1 win over Unai Emery’s side in the first leg encounter last week Thursday.

Vieira, the manager of  OGC Nice, noted that Rennes are good Ligue 1 side and every French team in the Europa League are supporting Julien Stéphan’s men.

“I have not seen the games [Rennes vs Arsenal] but the result didn’t surprise me,” Vieira was quoted by the Express as saying.

“Rennes are a really good Ligue 1 team. Offensively they are able to score against all teams in every minute of a game.

“It’s very good that they won for French football. We are all supporting Rennes and all the French teams in the Europa League.

“We hope they can qualify for the next round when they travel to London next Thursday.”