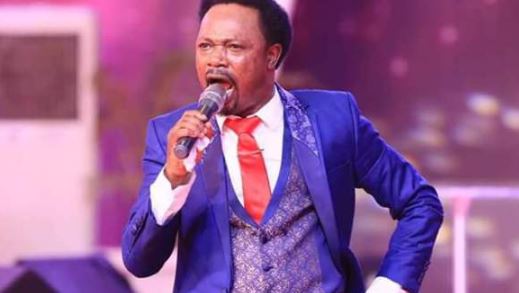 More revelation has emerged about Prophet Joshua Iginla‘s supposed “baby mama” whom he said was the reason for his failed marriage to his legal wife, Yemisi Iginla.

The Senior Pastor of Champions Royal Assembly had on Sunday, March 3, 2019, announced that his Marriage to Yemisi had crashed because he made the mistake of having a child outside wedlock.

According to Concise News, the prophet was reportedly lying, following revelations that he had married his baby mama as a second wife unlike his claims stating the baby he had with her was a mistake.

The Prophet also forgot to add, according to multiple sources, the fact that he married his baby mama as far back as October 2014 in civil marriage and that they are pregnant with their second child.

The baby mama Stella Zimasa Ndamase Iginla who is from South Africa is rumored to be “so rich she does not know what to do with money”.

Further findings have it that Yemisi Iginla’s sister who is also married to a Pastor might open a can of worms soon so as to defend the integrity of her sister who was referred to as bringing an “unholy child” into her marriage with Prophet Iginla.