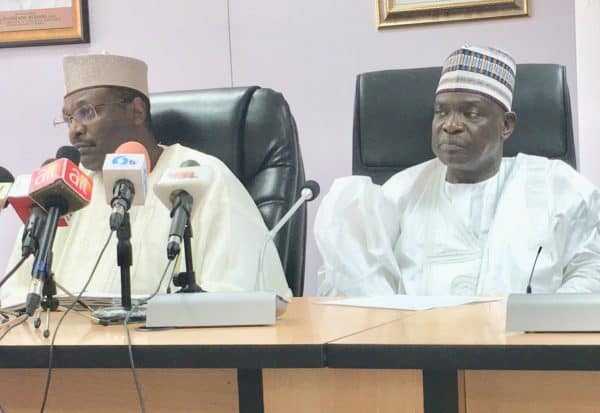 INEC Meets With RECS Over Elections

The Independent National Electoral Commission (INEC) is locked in a meeting to review the just concluded presidential and National Assembly polls.

The meeting which is coming hours after the elections and subsequent collation of the result is between the INEC management team and the Resident Electoral Commissioners (RECs).

In his opening remarks, INEC Chairman, Prof. Mahmood Yakubu said that the processes and procedures deployed will be reviewed in a bit to make amends where necessary.

He also noted that the meeting will help to finalize arrangements for the forthcoming governorship elections in 29 states of the federation and the council election in FCT.

Meanwhile, Naija News reports that since the commission announced President Muhammadu Buhari as the President-elect who defeated his immediate opponent, Atiku Abubakar with a vote margin of 3,928,869.

The opposition PDP has already rejected the result and its candidate, Atiku Abubakar has vowed to take the matter to court, caiming the elections were rigged.