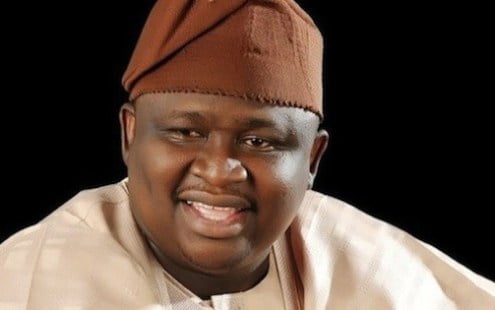 Naija News reports that Adeola polled a total of 323,817 votes to emerge as the winner.

The returning officer of the electoral umpire, Prof Olumide Adenuga of the University of Lagos, made this known while declaring Yayi winner on Monday, February 25.

“I Prof Olumide Adenuga hereby certify as the returning officer, Lagos West Senatorial District with the election held on Feb. 23, 2019, that the election was conducted among 10 candidates.

“I declare that Solomon Olamilekan Adeola of the APC has satisfied the requirements of law and, scoring the highest number of votes, he is hereby declared the winner and returned elected having polled 323,817 votes,” he said.

Speaking on his victory, Adeola said that the victory would spur him to deliver more dividends of democracy to the people.

“We will do more for the people in terms of infrastructure and other things that will ease the problems of the people such as welfare programmes,” the returning officer said in his words.

Yayi’s victory seems to answer the question on the lips of many Nigerians inquiring to know who is winning in the collation of results of the 2019 elections.

Yayi is returning to the Red chamber for the second time after he had gained access into the chamber in 2015, Naija News reports.