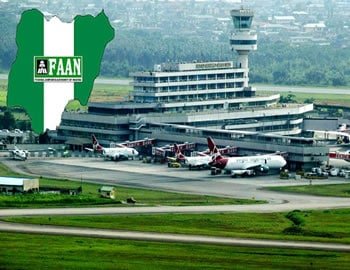 The Federal Government has said the aviation industry recorded an average growth of 33 per cent on domestic operations between January 2017 and June 2018.

The sector also recorded 13.5 per cent growth on international operations between the same period.

Naija News learnt that the Minister of State, Aviation, Senator Hadi Sirika who disclosed this during an interactive earlier today said the airline investors have leveraged the zero import duty on aircraft, engines and spares as well as the abolition of VAT payments on air transportation to stabilise their operations and grow.

Sirika who gave a scorecard of the government’s performance the last three and half years said growth in airline performance was heavily sustained by a rise in passenger traffic even as he linked the positive trend to the priority given to investments geared at ensuring safe flight operations in the country.

In 2018, airline operations generated over N15.3billion from Ticket Sales Charge (TSC) to government coffers as passenger traffic grew from the 9.2million figure of 2017 to 10.9million in 2018, representing 15.5per cent increase.

“One of the major achievements of this administration is the sustenance of safety, which has been phenomena; there has not been any air crash on a commercial airline taking human lives since we came on board,” Sirika said.

“Safe flight has boosted and restored passenger confidence. The sector has recorded an average growth of 33 per cent on domestic airline operations between 2017 to 2018. This is also unprecedented in this country,” Sirika added.

The Aviation Minister said the enabling environment provided for domestic airlines in the country had enabled five of the airlines to attain certification in the IATA Operational Safety Audit (IOSA).