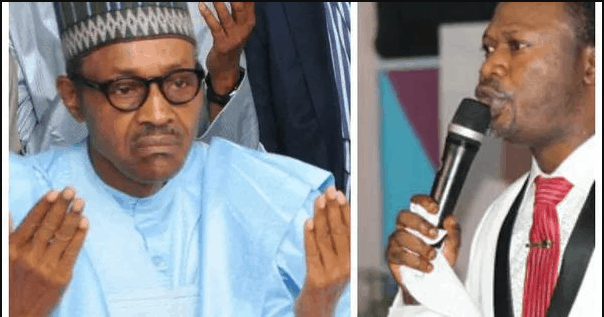 The General Overseer of Champions Royal Assembly, Prophet Joshua Iginla, had predicted the postponement of the 2019 general election in October 2018.

Naija News had reported that the Chairman of the Independent National Electoral Commission (INEC), Prof. Mahmood Yakubu, had on Saturday morning announced the shifting of the elections by one week.

The new dates for the elections are February 23 for presidential and national assembly elections and March 9 for governorship and state assemblies elections.

Iginla has revealed this as far back as October 2018 and repeated same in January 2019 while in a live service in his Abuja church.

During the first prophecy, he made it known that there is a twist about the 2019 election.

“The outcome of 2019 election is pregnant with a lot of pregnancy, there is a twist pertaining to the 2019 election, May the date not be postponed,” he said.

Similarly, On January 13, he revealed that he is not a prophet of doom but the signs he sees are not pleasant

“For Nigeria, we are going to still see what is coming, I’m not a prophet of doom but the darkness I see, I pray it clears, I prayed last year and God said we will come out of it but didn’t tell me that we will not see it. The signs are not pleasant, I pray the election will not be postponed and I pray the government of the day will not have a couple of protests.”