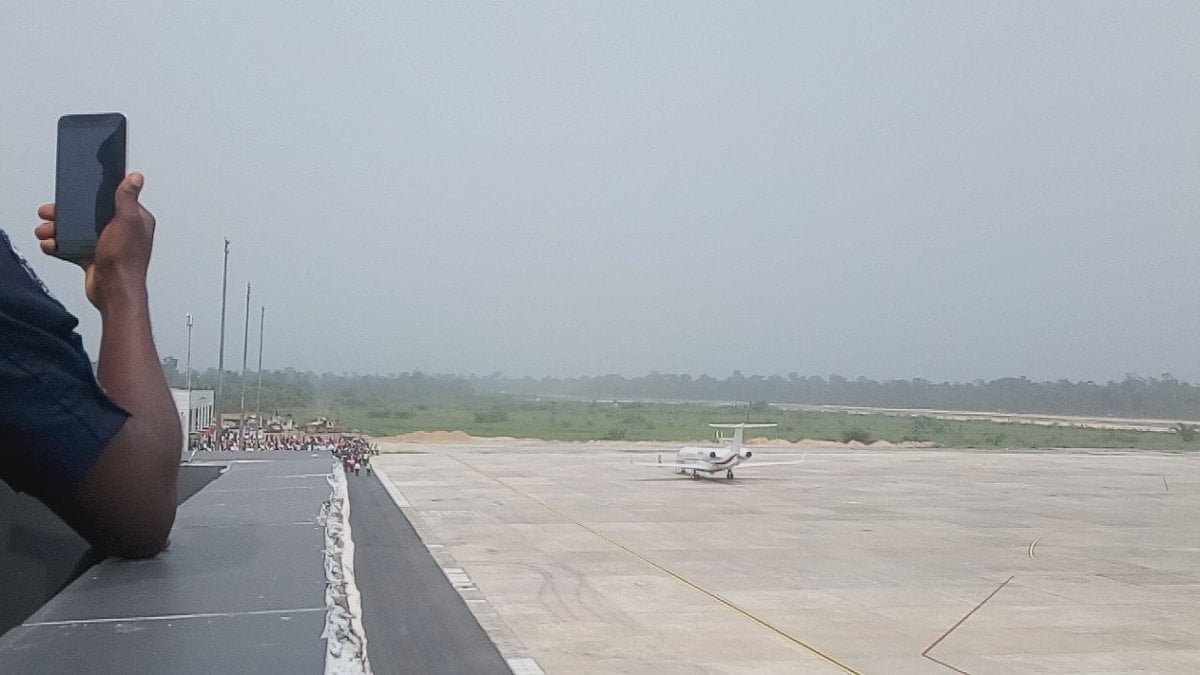 A Boeing 737 operated by the fastest growing airline in Nigeria, Air Peace has touched down on the runway of the  Bayelsa International Airport in Ammasoma, Southern Ijaw Council.

The aircraft landed with the state governor, Seriake Dickson and other guests who had a maiden flight into the runway of about 35 kilometres.

The crowd received the governor and his wife, Dr. Rachel Dickson; deputy governor, Rear Admiral Gboribiogha Jonah (rtd.); chairman of the Traditional Rulers Council, King Alfred Diete-Spiff; among others who witnessed the launch of the airport.

In his speech, Governor Dickson described the airport as one of the best in the country, noting that it would serve as a free trade zone (FTZ), both in the Niger Delta and also for the Gulf of Guinea.

The Governor who noted that his leadership has never played politics with the development of the state, protection of the Ijaw’s interest and Security, said the aim of the airport is to showcase Bayelsa to the world and attract investors into the state.

While he pegged the cost of the project at about N60 billion, Dickson expressed gratitude to the contractor, Dantata and Sawoe, and Federal Airports Authority of Nigeria (FAAN) for building the airport to meet international standards of the Internation Civil Aviation Organization (ICAO).

The managing director of the Federal Airports Authority of Nigeria (FAAN), who was represented by Clifford Omozeghian, said the FAAN had already deployed critical personnel to man the security, fire-fighting and rescue operation’ team of the airport.