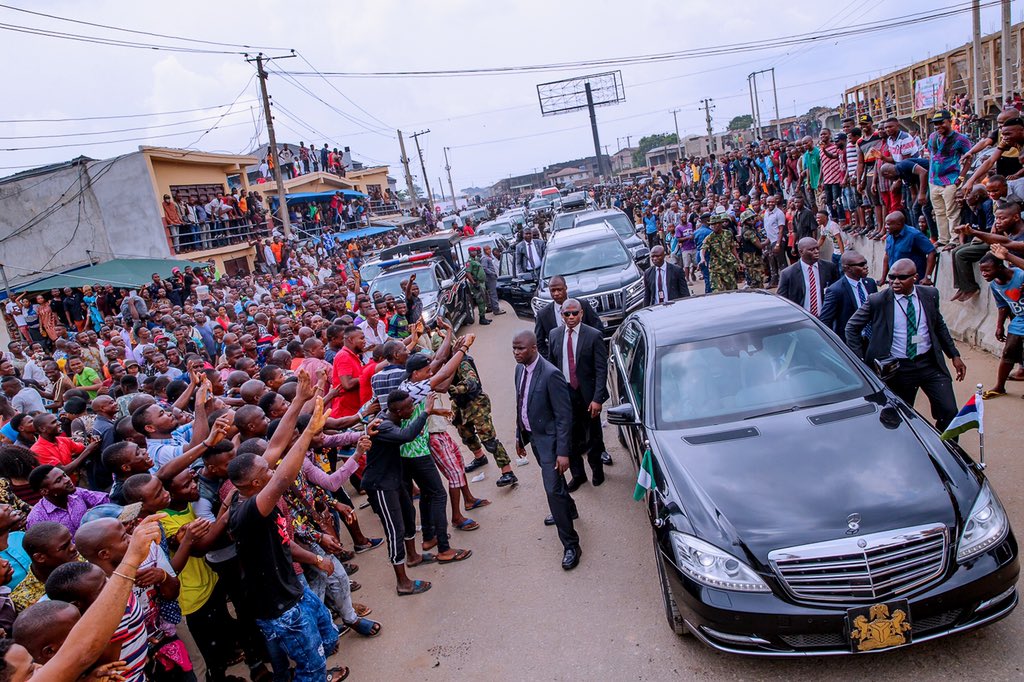 A massive crowd of cheering supporters mobbed President Muhammadu Buhari as he arrived Aba, the commercial city of Abia State, southern Nigeria, in what was opposite of what the proscribed Indigenous People of Biafra (IPOB) led by Nnamdi Kanu had expected.

Naija News recalls that the secessionist group had ordered its members in Abia state, where Kanu is from, to observe a sit-at-home on Tuesday (today) ahead of President Buhari‘s visit.

IPOB gave this order in a statement issued on Monday evening by its spokesman, Emma Powerful, where it asked its members to be indoors from 6 am till 4 pm on Tuesday. 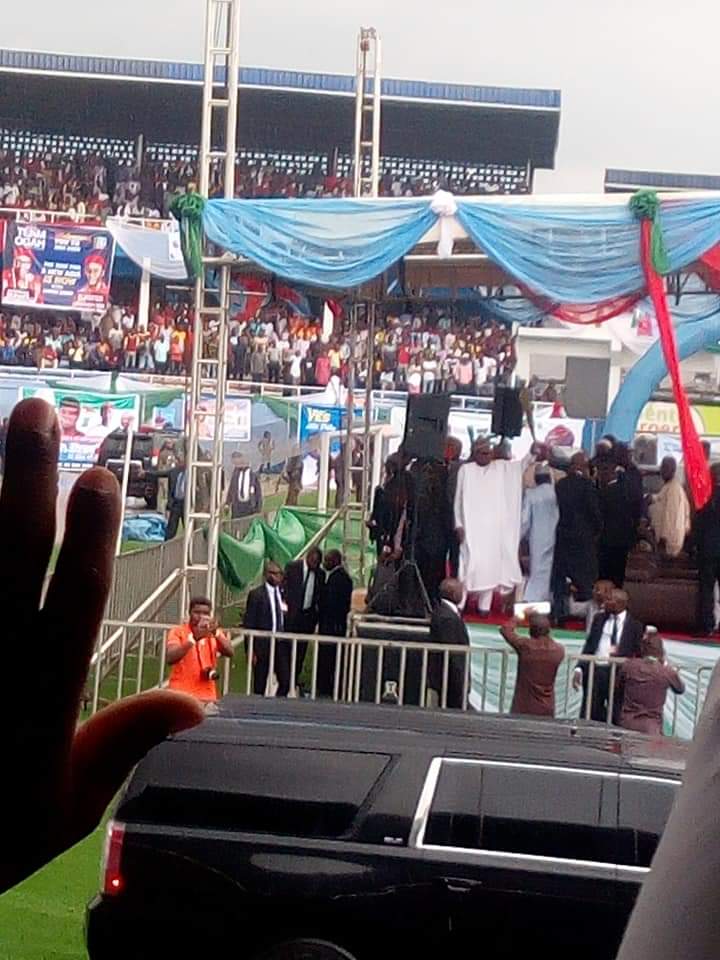 “All family members of IPOB within Aba metropolis are hereby instructed to observe a mini sit at home tomorrow (today) 29th January 2019 in total boycott of the impostor, Jubril AL-Sudani who is slated to be in Aba for an Islamic evil APC rally.

“We must ensure that Jubril meets an empty stadium today because his murderous presence is not welcome in our land. Do not go out for any reason, do not engage in any zoo political discussion as their Boko Haram and Janjaweed army are on standby to kill. Stay indoors from 6 am to 4 pm,” the statement had read. 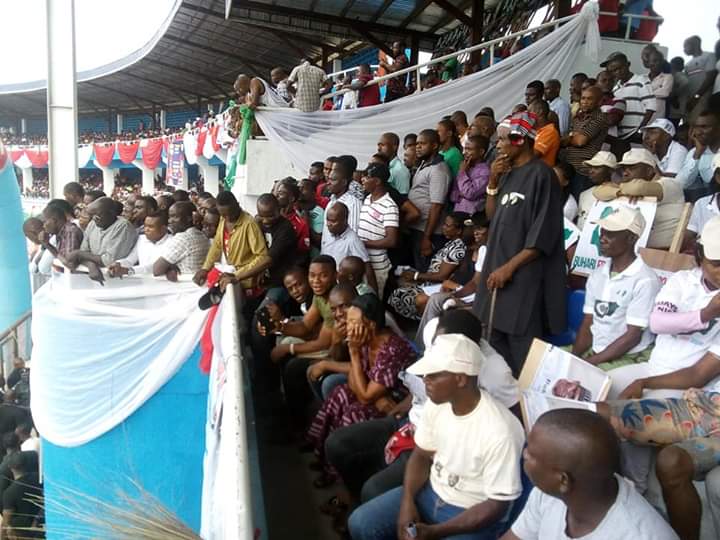 However, Naija News reports that reverse was the case as a massive crowd of supporters cheered the President on as he arrived Aba on Tuesday where he commissioned the 9.5 Megawatts Independent Power Plant, at Ariaria Market in Osisioma Ngwa council area of the state and also attended the rally of his party, the All Progressives Congress (APC), Nigeria’s ruling party at the Enyimba stadium. 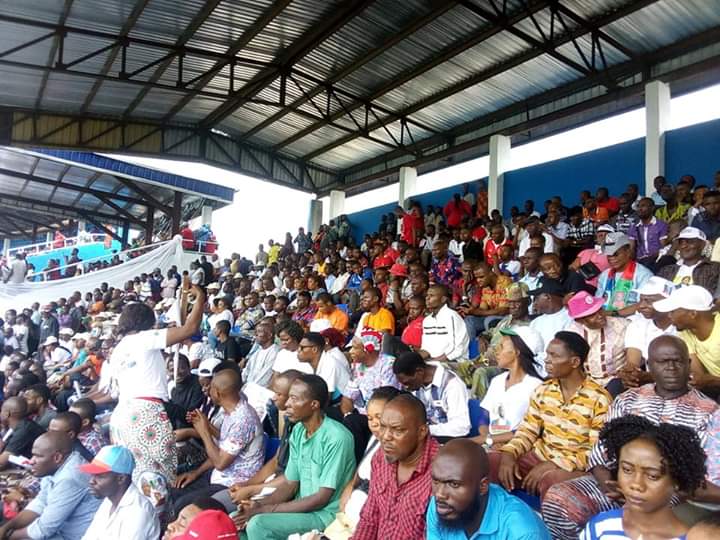 Watch the videos below…

President Muhammadu Buhari Tuesday in Aba, Abia State, pledged to provide more infrastructure to the South-East geopolitical zone of the federation to give a further impetus to the spirit of industry, hard work and competitiveness for which the Igbo are known. #PMBInAba pic.twitter.com/RPo0RziuKd

For silencing those who say you hate your President. We know the truth that you love your President.
Abia, just like other South East states, is sure banker
? by Emmanuel Anrihi pic.twitter.com/hWrd9SSIJX

Meanwhile, as at the time of filing this report, neither the IPOB or Nnamdi Kanu reacted to the President’s visit to Aba.