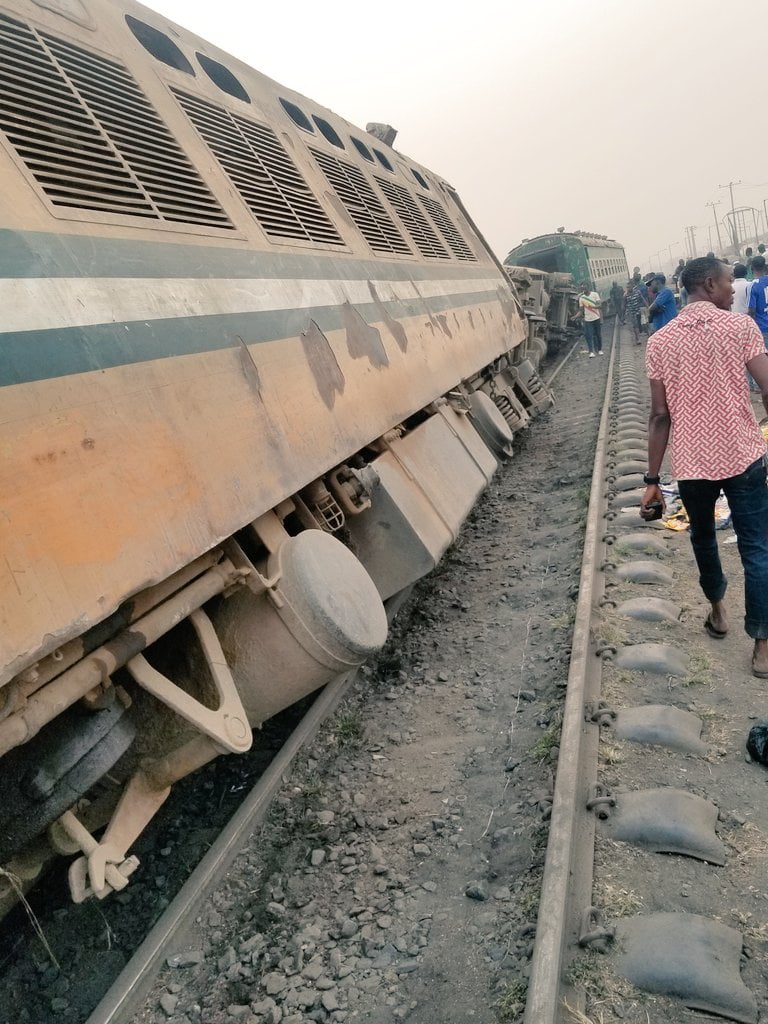 The train which was coming from Ijoko, Ogun State, and heading to Ebute Metta, Lagos, derailed at Mangoro/ Agege area.

It was gathered that three couches were affected by the accident, which occurred around 7 am (Nigerian time) on Thursday. 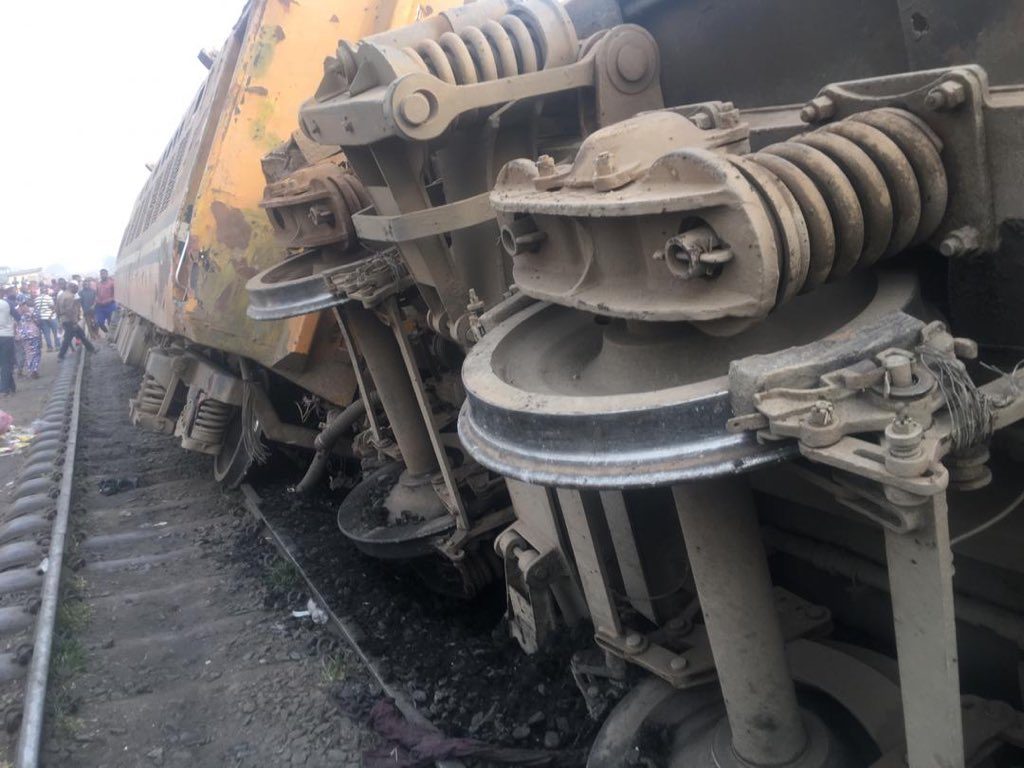 Commenting on the incident, the Lagos State Emergency Management Agency (LASEMA), said in a statement that an investigation showed that the train derailed as a result of faulty tracks.

LASEMA said the tracks had been reported by men of the Lagos State Traffic Management Authority in the area and was noted for pending engineering works later in the day before the accident occurred. 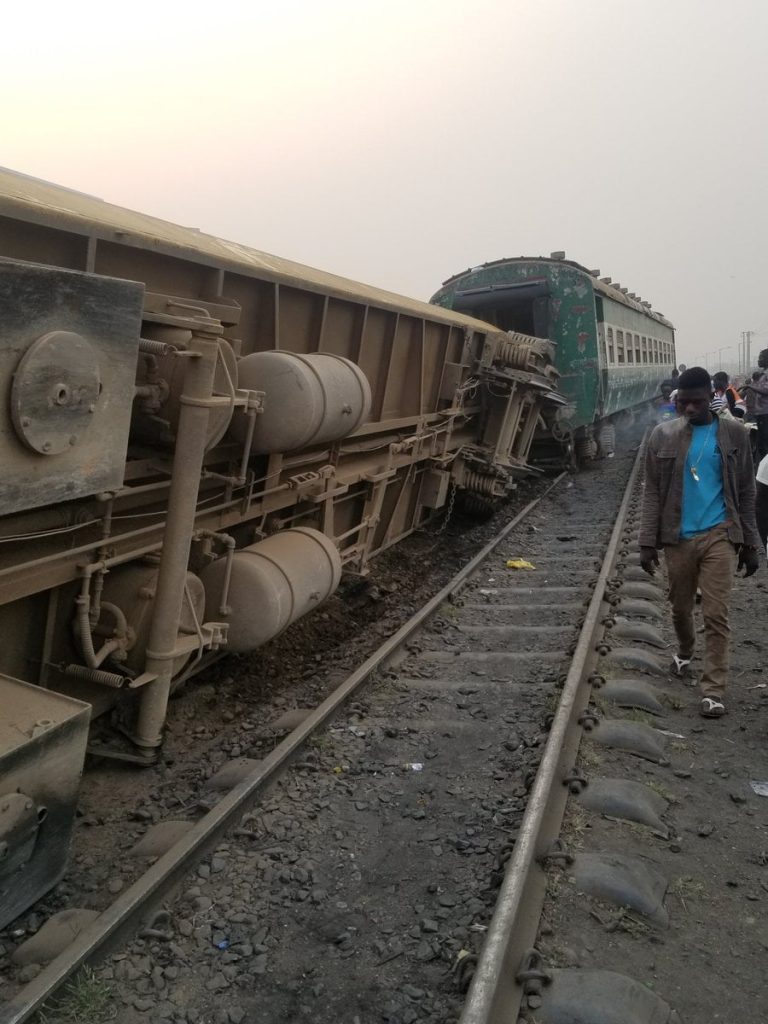 The agency said although no life was lost, injured victims were rushed to nearby hospitals for first aid. 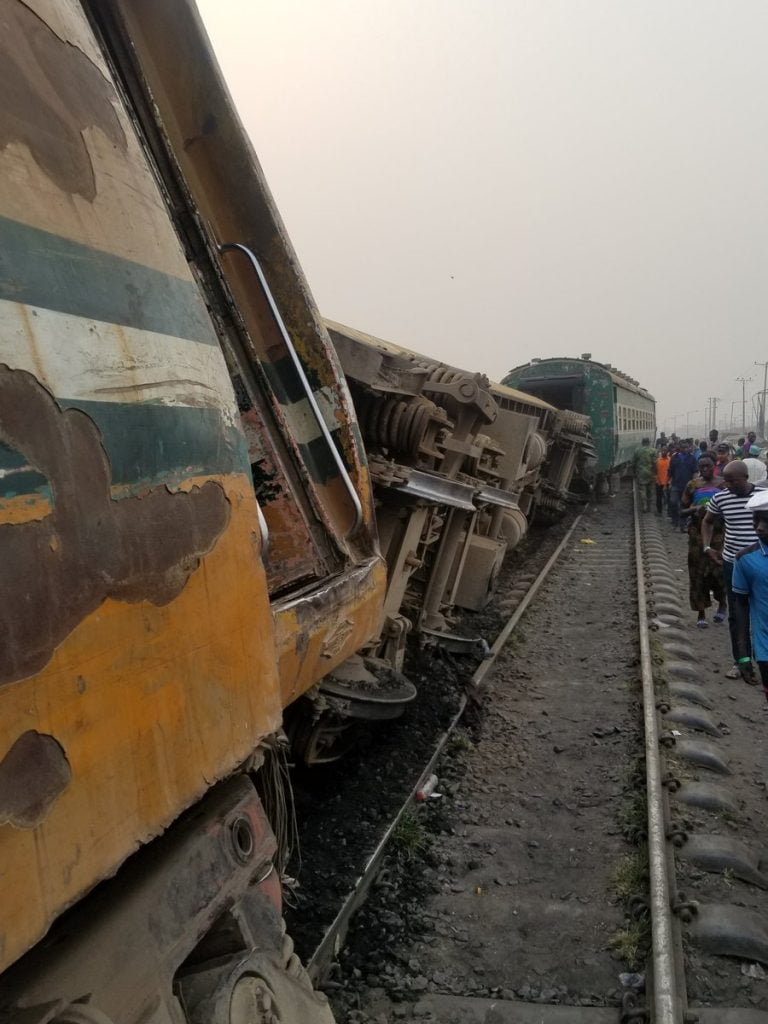 The statement reads: “Efforts are currently being made to evacuate the derailed coaches as the Nigeria Railway Corporation crane has been dispatched to the scene from Lagos Island.

Watch the video of the incident below…