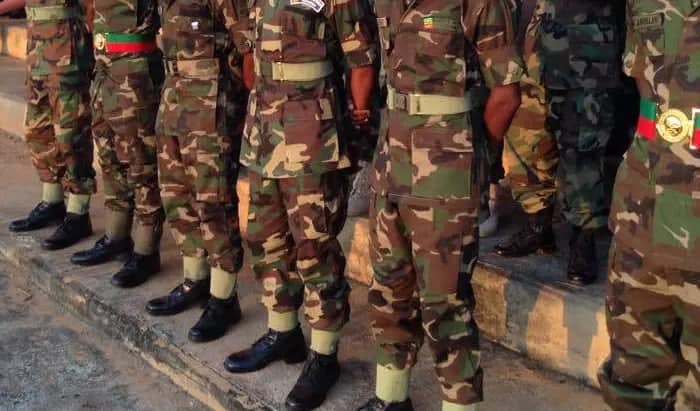 Some first-year cadets of the Nigerian Defence Academy, dressed in camouflage, were reported to block a part of the Mararaba-Keffi Expressway last week and held some motorists to ransom.

A video that has been making rounds reveal one of the cadets calling civilians “bastards” and asking them to obey his order.

After this incident, the cadets whose age stands between age 16 and 20, stormed a birthday party uninvited.

They told the host to hold his ears and jump in a squatting position repeatedly when they were challenged.

As the host showed loss of strength during the punishment, the cadets could be heard calling him a bastard and telling him to go faster.

The spokesman for the NDA, Maj. Abubakar Abdullahi, who spoke with Punch, said the academy had seen the footage and investigations were ongoing.

He noted that many of the cadets had gone home for the Christmas break, adding that when they resume, the investigations would take a full swing.

Abdullahi said the academy would not condone unruly behaviour and those found culpable would be disciplined.

“That action is not part of the NDA orientation. We are investigating the matter. Definitely, there will be punishment, but we need to investigate properly. After the Christmas break, we will do proper investigation,” the NDA spokesman added.