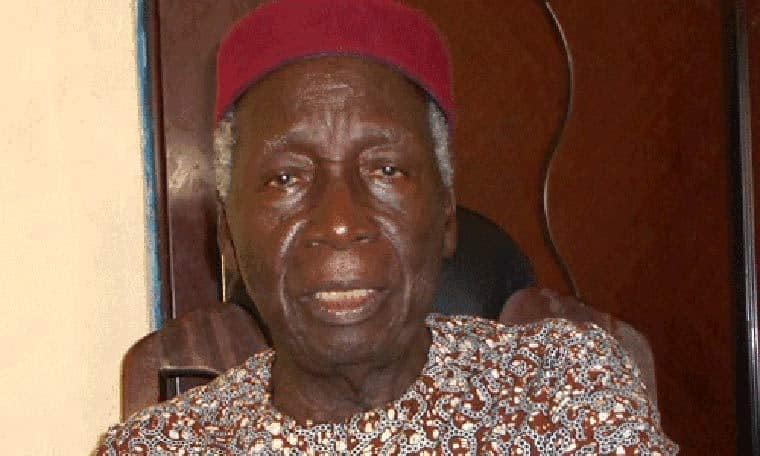 A former President-General of the Ohaneze Ndigbo, Dozie Ikedife, is dead.

Naija News learnt that Mr Ikedife died at about 7pm on Tuesday in his Nnewi country home, Anambra State at the age of 86 years.

The deceased’s first son, Dozie Ikedife (jnr) who confirmed the demise of his father to journalists earlier today in Awka, the state capital said the elder statesman would be buried today (December 12) less than 24 hours after his death in Nnewi in line with his wish, saying his burial ceremony would be announced later.

Damina Okeke-Ogene, the President of Anambra Chapter, describes the death Mr Ikedife as `shocking’. He said Igbo people had lost one of its icons and true lover of Igbo tradition and culture.

“Ikedife was a detribalized Nigerian and an illustrious Igbo son who spoke Igbo, stood for Igbo culture and a defender of truth,’’ he said.

He said the former Ohaneze president left a big shoe which people behind would struggle hard to fit into.

“Ikedife left a big shoe behind, all that we will be trying to do is to ensure we improve on the principles he left,” he said.

Similarly, the Anambra State Government has described late Mr Ikedife as “a great iroko’ and brilliant medical doctor who believed in community development.”

Bad News!!
The Great Iroko tree has fallen.
Entire South East have been thrown into mourning.

Mr Adinuba recalled that Mr Ikedife distinguished himself as a student at Onitsha, before he traveled to the United Kingdom where he studied medicine and majored in Obstetrics and gynecology.

“Ikedife would have chosen to remain in UK where he had better job opportunities, but chose to return home where he established a hospital in his Nnewi community because of his love for community development. “During the Nigeria/Biafra Civil War, he further demonstrated his love for his people by staying back in his area to assist victims of the civil war and render help to those in need,” he said.