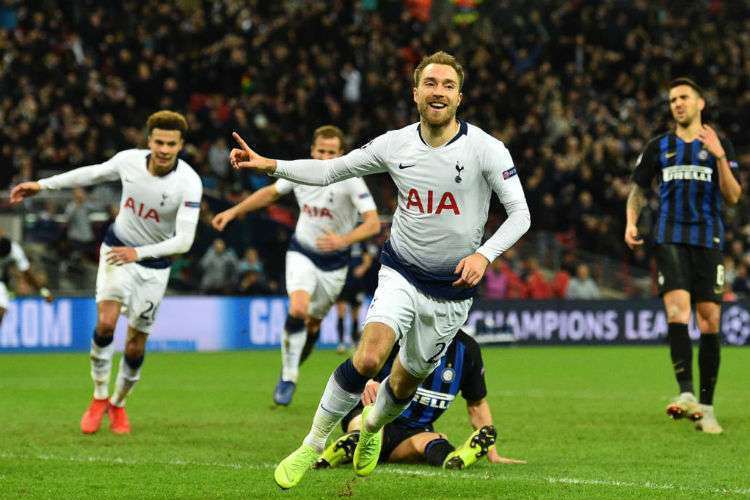 The match that was really worth something for Group B was being played at the same time, but at Wembley. Tottenham and Inter went to the English squad with different goals and fighting for the same place: the Italians needed only a draw to secure qualification for the next round of international competition, while the English needed victory to remain alive in the Champions League.

The direct confrontation ended better for Tottenham, who won 1-0 with Eriksen’s goal in the 34th minute. With the result, the team reached the mark of seven points and overcame Internazionale itself, which has the same number of points, on the leaderboard.

In the first half, the Mauricio Pochettino commanders were more with the ball in the foot and had more chances, but the score remained unchanged. At the best opportunity of the stage, the former Sao Paulo Lucas made the move and played back, towards Winks, which ended in the dash of Handanovic.

The final stage saw Tottenham push harder for the goal, needing the win to stay alive in the Champions League. The English threatened with Winks, Vertoghen and Eriksen, but goalkeeper Lloris shone, making great defense in Perisic’s finishing.

At 34 in the second half, when Tottenham’s fate looked like elimination, Denmark’s half-star Eriksen shone. In a nice collective sample, Sissoko made the play and played for Dele Alli, who made the assist to the goal scorer: 1 to 0.