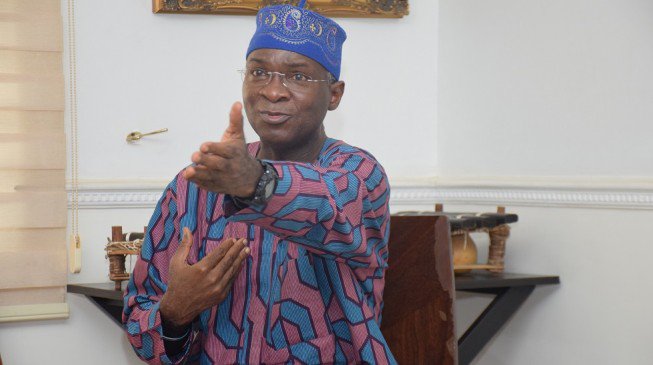 In a recent interview with Toyosi Akerele-Ogunsiji, Fashola further stated that he is firmly behind the 2019 candidacy of President Buhari.

Speaking on the Lagos-Abeokuta Expressway, Fashola said the first thing is that Buhari’s government has started work there, after it was ignored by past governments, including Obasanjo’s government.

“We have started work o, some people wey dey write letter since, e dey there, na the road to their house, them no do anything,” Fashola said in pidgin English.

“And all the money wey you say them spend, now make you ask, them spend money there? Them no spend money now, the money waka. Na Buhari come do am, after 16 years wey them dey government,” he told TheSheet in an interview.

“Even the one wey them con endorse now, he no dey there that time? Make I tell you one thing, there is no state wey dey this country, wey this government no dey do one road.”

Fashola said the government was fixing as much as five roads in some states, while some other states had three to four roads currently being fixed.

Asked if he would be running for president in the future, Fashola said “let us leave the future in the future,” that he is currently running with President Muhammadu Buhari.

He said previous governments owed contractors many billions of naira, but the Buhari-led admin has been faithful with contractors and paying in time.