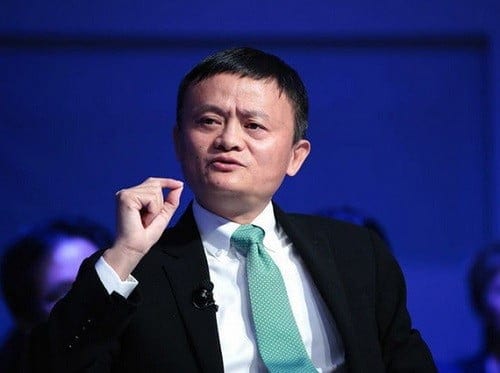 Earlier this month, on his 54th birthday, China’s richest man announced that he would step down as executive chairman of e-commerce giant Alibaba.

Jack Ma, the rags-to-riches entrepreneur behind China’s biggest tech company isn’t going to retire, he wants to be a teacher again.

People still need to have dreams, in case the dreams come true.

Naija News understands that the former English professor said he will return to teaching, describing that he is still young and has “lots of dreams to pursue.”

With a net worth of $40.5 billion, Ma is one of the richest people on the planet and a prominent figure: He is well-known for speaking at conferences, advocating globalization, and rubbing shoulders with world leaders.

I will resign from Alibaba tomorrow.

Ma most recently made headlines for his warnings about the escalating U.S.–China trade war, insisting that “it’s going to be a mess” which could last for decades.

His plan to create 1 million jobs in the U.S., a pledge he made after meeting Trump in January 2017, has been “completely destroyed” as a result.

Ma’s decision to step down from the top job at Alibaba will usher in a new era for the $420 billion company, which he grew from a web site run out of his apartment to one of the biggest tech companies in the world.

Meanwhile Ma has also reinstated his plans to remain on Alibaba’s board until 2020, over the next 12 months he will pass his executive chairman duties to chief executive Daniel Zhang – who has previously held a variety of senior management positions.

“No company can rely solely on its founders,” Ma said in a letter to customers, employees and shareholders.

Since stepping down as chief executive in 2013, Ma devoted time to other projects, including starting a charity in 2014 and even performing in a kung fu movie.

He has said he hopes to follow in the footsteps of Microsoft co-founder Bill Gates by devoting more attention to his Jack Ma Foundation, dedicated to improving education, the environment, and public health.