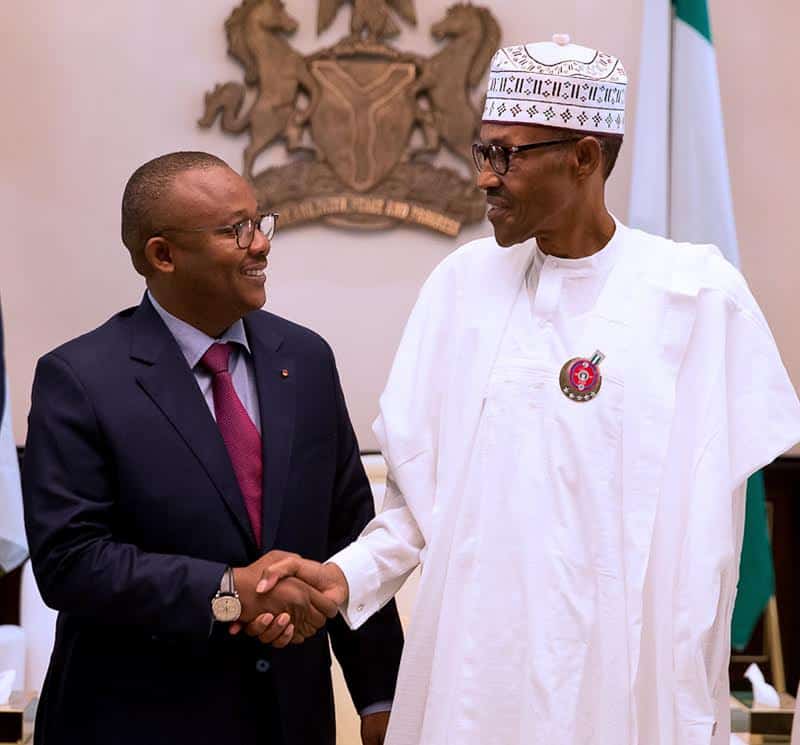 President Jose Mario Vaz of Guinea Bissau was at the Presidential Villa, Abuja, today, where he briefed President Muhammadu Buhari on the forthcoming general elections in his country.

NAN reports that legislative elections are expected to be held in Guinea-Bissau in December 2018 or January 2019.

They were scheduled for November 18 following an ECOWAS brokered agreement between President Mário Vaz and the opposition in April, but the electoral census will not be completed until November 20.

Addressing State House correspondents after the meeting, President Mario Vaz said it is duty bound on his part to brief President Buhari, who is current chairman of the Economic Community of West African States, on development developments in Guinea Bissau.

Mario Vaz, who spoke in French, said he also used the opportunity to seek for advice from the Nigerian leader, whom he described as his senior brother.

“But we have come to the conclusion that it won’t be possible, and that is the reason why I came to see my older brother so that I can seek his advice and brief him about the situation,’’ he said.

President Mario Vaz, therefore, described the outcome of his meeting with President Buhari as very fruitful and he would be going back home very much encouraged.

He pledged to adhere to all the advice given to him by the president, adding that he would also apply fully all the suggestions made during the meeting.

Mario Vaz, who has since left for Guinea Bissau, thanked President Buhari and the Nigerian government for their support and assistance to his country.

Naija News recalls that the federal government recently approved 500,000 dollars electoral kits and number of vehicles to support the conduct of election in Guinea Bissau.

The Minister of Foreign Affairs, Mr Geoffrey Onyeama, confirmed this development in October when Jose Filho, Special Representative of the UN Secretary General to Guinea Bissau, paid him a courtesy visit in Abuja.